Companies point to a database that tracks virtually every terrestrial object in real time. An omniscient eye from which nothing escapes. 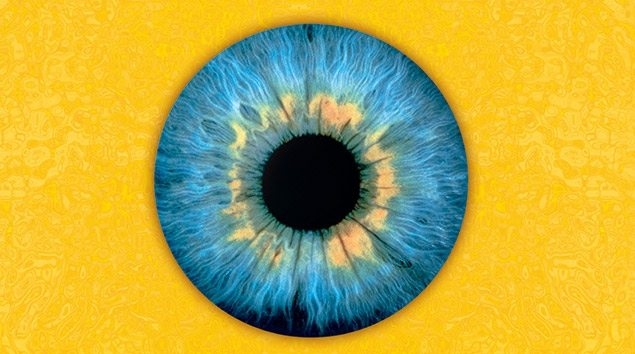 It has been almost 20 years since it was launched Google Earth, and the feeling of having the entire planet in one pocket has changed our perception of the world somewhat. Yet, even though detailed, these images of the planet are sometimes three or four years old.

There are some companies out there that aim to provide images of the planet updated in real time. The first is Planet , who held one press conference a few weeks ago to understand what its technology can do. I have understood this, and it seems to me something very close to creating a sort of 'omniscient eye' that sees and calculates everything on the planet.

Planet, beyond the images

Planet wants to create an interface through which users can "interrogate" the planet. A sort of search engine, with the difference that the answers are not searched on the net, but on the earth's surface.

The applications of such an instrument are practically infinite: for example, you can evaluate how many cars are in the parking lots of a hypermarket to understand how sales are going. It is not a peregrine idea: a recent study University of Berkeley looked at a company's parking records between 2011 and 2017, and these metrics accurately predicted its stock market performance.

The study is not limited to this. It goes as far as to show that if someone bought stock of that company's products when parked cars increased and resold them when parked cars decreased, the yield would have been 5% higher than that guaranteed by a trading strategy.

The capillary observation of the world with an 'omniscient eye' can lead to unimaginable discoveries and solutions.

A crowd of satellites

Planet has 140 satellites that reproduce the entire surface of the Earth every day at a maximum resolution of about 3 meters.

The company is now pairing these images with artificial intelligence algorithms, which rapidly proceed from observation to computation. For example, it can recognize and count all the ships in a port every day, or register every day how many roads, buildings and planes there are around. The images end up fading into the background, you get a dashboard that shows the planet's data in real time.

At what point is maritime traffic exactly? How many roads have been made in the forest? At what rate is green exactly shrinking on the planet?

This system gives us the ability to learn about how the Earth is changing, as fast as it is changing. It has never been done before

The goal is to create a real-time indexed database of all important objects on Earth. We can literally ask the planet what is happening at any given moment.

The future is an omniscient eye

Planet is not the only company engaged in this project. The Californian company Orbital Analytics , for example, opens up to even more advanced scenarios by combining the detection of objects with other data, such as those on the position of mobile phones and those of drones high resolution.

One of its services is to estimate the levels of oil in storage around the world by observing… the shadows. The company trained an AI to recognize oil storage tanks, which have a distinctive shape and a lid that floats up and down on the oil depending on how full the tank is. When the team asked theartificial intelligence to search for them, he found about 25.000 of these barrels on the planet.

At this point the AI ​​observed the shadow cast by the entire tank to calculate its total size and the shadow relative to the lid to understand how full the tank was. Combined with the information on the position of the sun and the satellite at the time of the photo, the company calculated the amount of oil stored in each of the tanks on the planet. Valuable information for oil traders, especially in times of market volatility.

Hi Terra, how are you?

Updated images can also benefit scientific research. Planet provided those that allowed researchers to use AI to make theWorld atlas of coral reefs.

It is not an atlas that peels once in a while: coral reef changes are recorded and shown in real time. Any illegal activity, from fishing to illegal coral harvesting to pollution-related threats could afford us innovative solutions or immediate responses.

Such a system can also be fundamental in situations such as the recent ones Amazon, monitoring the rate of a fire, the exact areas affected and the deforestation. It can identify any villages in danger, and show the best places to stem the flames or to reforest.

This incredible sea of ​​information can obviously also be used in a wrong or hostile way. If used in the military, they allow you to identify enemy settlements (or refugees to be repressed) much more easily. Communities of persecuted people would be persecuted even more precisely, surgically, ruthlessly.

While the images have a resolution of three meters and technically still do not allow you to clearly see a face or a car license plate, it is clear that the concerns and doubts for privacy are enormous. By triangulating satellite images with other data such as those from cell phones, the possibility that this 'omniscient eye' can identify anyone in real time and anywhere on the planet is more than a hypothesis, and not a little disturbing.

The response of the companies recalls that at the dawn of search engines and social networks. I can summarize it with “We don't want to abuse these data, we just want to make them more accessible to everyone and in a democratic way”.

How do you think it will end? Given how many eyes are around, I suggest keeping ours too. 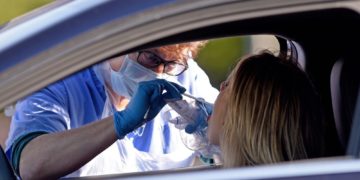 South Korea has successfully tested a safe method for carrying out massive tests on the coronavirus: "drive troughs" ....