The artificial reef has taken place in the waterfront area of ​​the famous Opera House, Sidney's world-famous theater. Not far from there is the Great Barrier Reef, increasingly at risk. 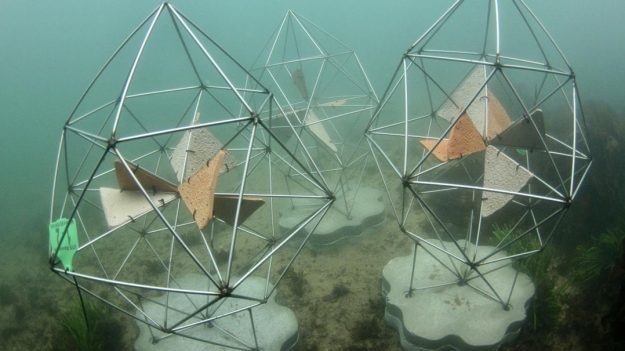 Our oceans have seen better days: today they are full of plastic. The microparticles end up in our food and our water.

Their temperatures are rising due to climate change, with serious consequences for coral reefs. Overfishing and often illegal destroys many marine species.

The fight for the environment has just begun. Environmental organizations around the world are desperately trying to reverse this trend. Ocean Cleanup uses a 2km long filter to collect marine litter. Origin Materials aims to create a renewable plastic. A Sea to Save, in collaboration with the Sky broadcaster, develops ideas competitions.

This week a new effort was added: an artificial coral reef in Sydney Harbor. The result of a 3 year collaboration between the University of Technology Sydney (UTS), the famous Opera House and the Nova Scotia government.

The artificial reef is developed by the Reef Design Lab and consists of eight eight-meter containers. Each contains three hexagonal structures of concrete and steel.

The barrier was installed in the seafront area of ​​the famous Opera House, Sydney's characteristic theater known around the world. Not far from there is the Great Barrier Reef: a natural formation the size of Italy or half of Texas, and is in great danger.

In recent years, the Great Barrier Reef has "discolored" by almost 89% due to the warming of the waters.

This phenomenon does not necessarily correspond to the death of corals. The temperatures cause the coral to expel the algae that lives among its tissues, bringing its color from the characteristic red to white. It is possible to reverse the phenomenon, but it takes up to 10 years. In this long period the marine fauna and the entire food chain of the reef are severely affected by the phenomenon.

The purpose of Sidney's artificial reef is to shelter marine life, encouraging it to restore its biodiversity.

"It is magnificent, after a few weeks the placed containers are already attracting the attention of the species we hope to host. Including moray eels and polyps," He says David Booth, Professor of Marine Ecology and Project Leader. "We will continue to monitor the installation to evaluate the outcome and improvement of the marine fauna. We hope to become a model for other cities as well ”.

The extent of the problem

The artificial reef is not a new concept. The debate on their usefulness is heated on many sides, especially on the actual ability to stimulate the repopulation of marine species.

In fact, a recent study shows an increase of "only" 6.5kg of fish per 10 square meters of artificial coral reef.

This solution will not solve the problem of sea contamination by itself. Not even their heating (and neither does it claim to do so). Cutting emissions and plastics is crucial.

Any effort, however, is welcome. Solutions like Sidney's can provide new insights and a new creative approach. 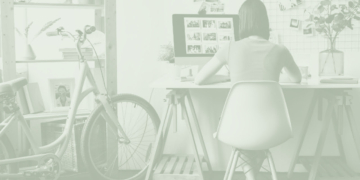 How hybrid work will change in a world that comes back out for fun, but has not yet (or more) ...