CEO Mark Zuckerberg today announced the construction of Facebook Horizon, his VR universe. The launch is expected by the first quarter of 2020. 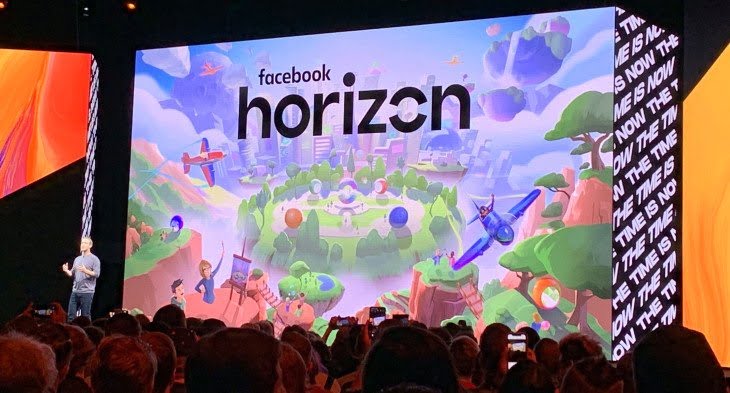 Facebook CEO Mark Zuckerberg announced the construction of Facebook Horizon, his VR universe, at the 6th Oculus Connect conference. VR platform expected to launch by the first quarter of 2020.

Facebook Horizon allows users to draw their own virtual avatars and to jump between different places through portals called Telepods. They will be able to watch movies or other media with friends, and play various titles. A way to meet "almost physically" people who meet in real life, or "go to the cinema together" between acquaintances who live at a distance.

Users interested in a test they can get listed here to try the beta version.

Horizon will also have its own human “tour guides”, the Horizon Local, who will be able to assist users and protect their safety in the virtual world.

The launch of Facebook Horizon will lead to the closure (on October 25) of the virtual experiences already created by the company: Facebook Spaces and Oculus Rooms will close their doors.

Unlike them, Horizon is not a space to do a few things, but a real one Facebook in virtual reality designed to host a huge number of people who spend more time inside on average.

In the successful novel by Ernest Cline from which the (less fortunate) film “Ready Player One” was born, the adventures of a young gamer were told, in a very detailed virtual world called Oasis.

Parzival, this is the nickname of the book and film protagonist, wore his VR headsets and entered a complete universe of different worlds and games: it is the logic of Facebook Horizon.

In 2016, Facebook gave all of its Oculus employees a copy of Ready Player One to inspire and motivate them, and the influence seems evident.

It all starts in a sort of square: upon access, the user can choose his clothing and select one or more accessories (free or paid, obviously).

Once inside, users can use a builder to build their home, gym, any place to do business.

You can create and build everything from a simple shirt to wear to an entire tropical island and invite friends for a party. The creation functions are borrowed from the Oculus system.

Citizens of the VR world

During the presentation of Horizon, Facebook also detailed some conditions of the "virtual citizenship" that will be granted to members. “As citizens of Facebook Horizon, it is our responsibility to create a respectful and comfortable culture. A citizen of Horizon is friendly, inclusive and curious ”. Otherwise down the barrel.

In addition to the Horizon Local, a bit of a tourist guide and a bit of public safety (you mean policeman?), Horizon users will be able to count on private “lounges” parallel to the virtual world. Even the privacy levels will be editable as in Facebook, so that it will be possible to decide what other users can see of us or how they can interact. The reporting and blocking mechanisms will also be similar.

Horizon makes perfect sense in a world obsessed with compulsive interactions sprayed abundantly with advertising displays that make you monetize in relation to the time spent watching them.

It is quite easy to imagine Horizon "adorned" with large billboards, VR shops for virtual and even physical products to view and order, "freemium" games to have fun up to a certain point before paying. And I also have a half idea of what could be the official currency of Horizon.

After years of market growth, Facebook (undermined by competitors like Snapchat or TikTok) needs to offer new ways to socialize. An entire VR world in which users may end up escaping everyday reality may be more appealing to those bored or stifled by “two-dimensional” social media. 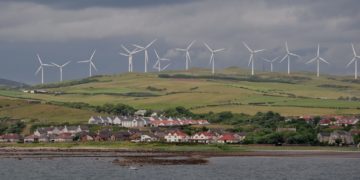 Until yesterday, there was no overall estimate of how much wind energy was used in Scotland. Now there is the data: and ...