DARPA begins development of a pair of AI-assisted augmented reality glasses to give real-time directions to military medics. 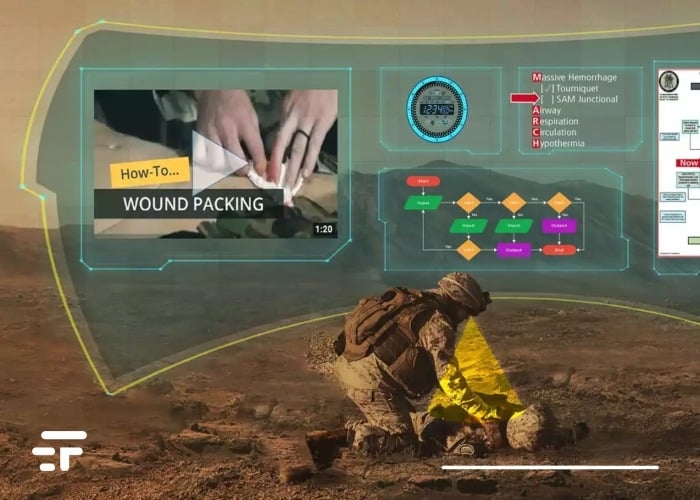 DARPA has selected Raytheon BBN to lead the development team of an augmented reality device that can function as a virtual assistant for military medics, and assist them with 50 medical procedures using theartificial intelligence.

Help in the field

Military doctors are the most crucial figures in improving the chances of survival of a wounded on the battlefield. This is because they are the first to arrive on the scene and provide assistance in the first few minutes after an accident, when quick action can mean the difference between life and death before sending an injured person to the rear for full care.

The problem is that, although they are highly qualified, military doctors are usually not surgeons. Often they may not have the experience to handle underutilized procedures quickly. For this, DARPA is working on its system called Mmedical Assistance, Guidance, Instruction, and Correction (MAGIC). It is a pair of augmented reality glasses equipped with audio and video sensors that allow an artificial intelligence assistant to monitor the situation and advise the doctor how to proceed.

A team of military doctors in a pair of glasses

Second Raytheon, MAGIC would be able to accomplish this difficult task using machine learning. Machine learning would allow the system to learn medical skills and the ability to make assessments based on more than 2.500 stereo videos and nearly 50 million images.

A huge pool of data, which allows the device to learn how to perform medical procedures much like an advanced voice assistant learns to speak or translate into other languages.

The ultimate goal of MAGIC? Helping military doctors or by “projecting” the correct medical procedures to be performed in the superimposed glasses. In this way, it will be possible to work hands-free with a large amount of data (including those on the vital signs of the injured person).

“The combat medical environment is challenging and chaotic,” he says Brian VanVoorst, Raytheon BBN scientist. "Our goal for MAGIC AI is to help support staff provide guidance without interrupting concentration."

The first demonstration of MAGIC is foreseen, by contract, within the next 18 months. As always, technology pays duty to the military sector, but it is clear that a similar device (until yesterday only present in science fiction) could make a huge difference even for 'civilian' doctors.

Thinking about our future means making small daily gestures to make a difference, like aiming for sustainable cosmetics.