Optogenetics has been used to cause visual hallucinations in laboratory mice, leading them to act as if the things they saw were true. 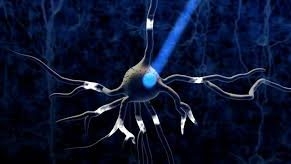 About 10 years ago Karl Deisseroth of Stanford University developed a technology called optogenetics (here the definition of Wikipedia).

In the present case the technology was used to induce visual hallucinations in laboratory mice. These hallucinations led them to act as if the things they saw were true.

As the name suggests, optogenetics involves introducing genes that carry photosensitive proteins into neurons. When light at a specific frequency illuminates these neurons, they become active as if they were naturally stimulated.

I recently talked about an extraordinary experiment that uses optogenetics to produce the experience of vision in the blind.

The phases of the experiment

In the latest studies published in the journal Science, Deisseroth and his colleagues introduced two sets of genes into the neurons of the visual cortex of guinea pigs. One gene led to the production of a photosensitive protein. The other gene carried a fluorescent protein that activated a green light when the neuron was stimulated.

With a small glass-covered opening, the scientists were able to illuminate the visual cortex and observe the reactions. They did this using special holograms that carried photons to precise points on the visual cortex, at the height of specific neurons.

At this point, the researchers trained the guinea pigs to respond differently to horizontal and vertical lines. They then sent holographs that made these lines appear to the guinea pigs.

When everything was organized, the researchers were able to send hallucinations with horizontal and vertical lines to the brains of the guinea pigs. The guinea pigs reacted just as if they were actually in front of them.

The interesting detail of the experiment is how it is possible to produce perfect hallucinations that are indistinguishable from reality by stimulating very few neurons.

The study, already incredible in itself, could lead to unthinkable results. It will be possible to achieve a new awareness of the functioning of the brain in conditions such as schizophrenia.

We will know much more about diseases that produce hallucinations, and we will learn how to stop the phenomenon.

Here is the full study in Science.

When you hear about "Ice", "Shaboo" or "Crystal Meth" know that these are some of the most popular ...