In Tunisia, cell phones have been successfully used to document the December revolution in Sidi Bouzid: in the future they will have a prominent role. 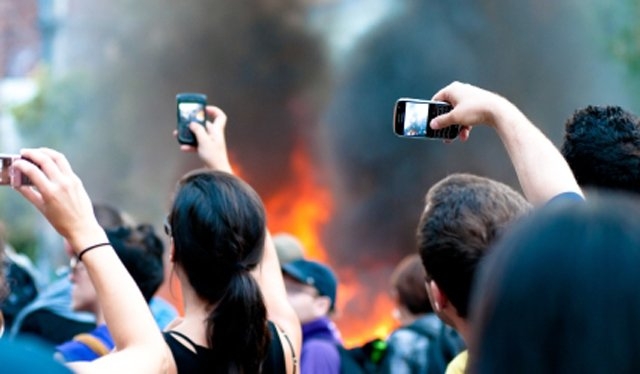 For many of the protesters in the square involved in the numerous popular uprisings in North Africa, the most powerful weapon against tear gas and gunfire was the small camera in their cell phones.

By sending images of the violence to sites like Youtube or Vimeo and then sharing them on social networks like Facebook and Twitter, people have eclipsed the official voice of governments and brought themselves directly to the attention of the world. The cell phone camera has become a crucial tool for documenting revolutions against government repression cornered by protest. Just ten years ago it was unthinkable to imagine such a future for the mobile phone.

Even human rights associations have published guides and tutorials on the effective use of camera phones: “We have video technology that fits in the palm of your hand,” says J.Kats, director of the Study Center for Mobile Communication. “This is perhaps a decisive blow to the rigidity of the old regimes based on the centrality of information”.

In Tunisia, cell phones have been successfully used to document images of the early protests of December in Sidi Bouzid. The contribution was instrumental in the explosion of the movement throughout the country, and was also collected and transmitted by the most important networks.

From there to Egypt, Libya, Yemen and Barhein the step is short. One click, I'd like to say.

Although present since the late 90s, cameras have made a revolution in ours Cell only with the Tsunami of 2004 and the attacks on the London Metro. Since then, testimonies filmed by ordinary citizens have struck, moved and documented the whole world. I am thinking of the murder of the young Neda during the youth protests in Iran, and of other otherwise impossible reportages.

What future for this type of information? There is no doubt that the exponential multiplication of photographic and video sources will require an enormous and reasoned work of cataloging and sorting: Youtube, for example, makes use of the help of an aggregator that 'takes into account' of already edited videos and places more highlights the most relevant ones. Another key factor will be the improvement of image quality.

Videos are stories. What is happening is a story of freedom and democracy. There will be many in the future: the mobile revolution will bring us stories that we will have, often and willingly, no more than 5 minutes to tell. 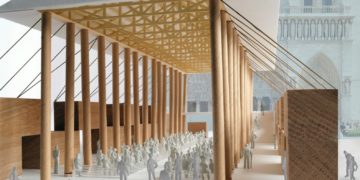 Only a few hours had passed since the terrible accident last June that devastated Notre-Dame Cathedral in Paris ....