Ultra-processed foods are everywhere: and they will do enormous damage

It is almost impossible to escape them, and they now account for more than half of the calories we eat: ultra-processed foods are a very serious threat 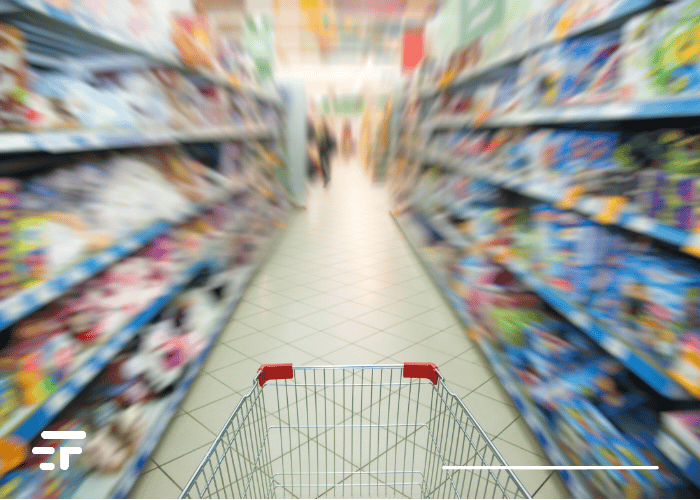 In most industrialized countries, ultra-processed foods now account for 50% or more of the calories consumed every day.

This is truly alarming, as these are foods that are linked to many health ailments. Aside from the increased risk of obesity, they can lead to cardiovascular disease and dementia.

Ultra processed foods are literally "Frankenstein" filled with various industrial ingredients (such as emulsifiers, thickeners and artificial flavors) blended into food products through a series of manufacturing processes.

Dubai, even the mite is high-tech: automatic bread dispensers for the needy

Sugary drinks, lots of breakfast cereals, recent "plant-based" burgers - they're all part of the club.

The intense industrial processes used to produce them destroy the natural structure of the ingredients and strip away many beneficial nutrients such as fiber, vitamins, minerals and phytochemicals.

It was now clear that ultra-processed foods were harmful. The dynamics and the causes were all to be explored, however. Now, two new studies (one of which is Italian) show that poor nutritional value is not enough to explain the damage.

In the first study, which surveyed over 20.000 Italian adults, participants who consume the most ultra-processed foods show a higher risk of dying prematurely from any cause.

In the second study, which surveyed more than 50.000 U.S. adults, found that high consumption of ultra-processed foods is associated with an increased risk of cancer to the colon.

The most interesting aspect of both studies, however, is that the health risks also remained "offsetting" the poor diet with more nutritious foods. In other words: the intake of correct nutrients may not be enough to balance the risks deriving from the consumption of ultra-processed foods.

Even more clearly: the food industry's attempts to improve the nutritional value of these foods (perhaps by adding a few more vitamins) could only circumvent the problem. So what are the factors to take into consideration?

The Italian study found that inflammation markers (such as higher white blood cell counts) are higher in patients who eat more ultra-processed foods.

Our body can trigger an inflammatory response for many reasons, such as if we catch a cold or cut ourselves. The body responds by sending signals to our immune cells (such as white blood cells) to attack any pathogens (such as bacteria or viruses).

The inflammatory response usually resolves fairly quickly, but some people can develop chronic inflammation throughout the body. This inflammation can cause tissue damage and is involved in many chronic diseases, such as cancer and cardiovascular disease.

Many studies have now found that poor diets can increase inflammation in the body and increase the risk of chronic disease.

The link between signs of inflammation and the consumption of ultra-processed foods is significant. Some researchers have theorized that these foods increase inflammation because they are recognized by the body as foreign, just like an invading bacterium.
The body then reacts with an inflammatory response that has been termed "fast food fever". The result? An increase in inflammation throughout the body.

The data is common to both the Italian and American firms.

The future? Conscience and market

Since inflammatory responses are programmed in our body, the best way to prevent this from happening is to not eat ultra-processed foods at all.

A truly prohibitive challenge, given that these are foods specifically designed to be "palatable" and attractive.

Some plant-based diets, rich in natural and unprocessed foods (such as the Mediterranean diet), have also been shown to be anti-inflammatory.

The will and organization of many sector associations will be needed, together with the initiative of government bodies to plan a future that is less heavy on the health level and closer to our body.

In the absence of interventions and at the current rate of growth in the consumption of ultra-processed foods, the mortality rate from chronic and cardiovascular diseases will increase dramatically.