1957, the year the world got along in the name of the future

Joint efforts, scientific transparency and cooperation: 1957 was a magical year for the future, and until now never repeated. 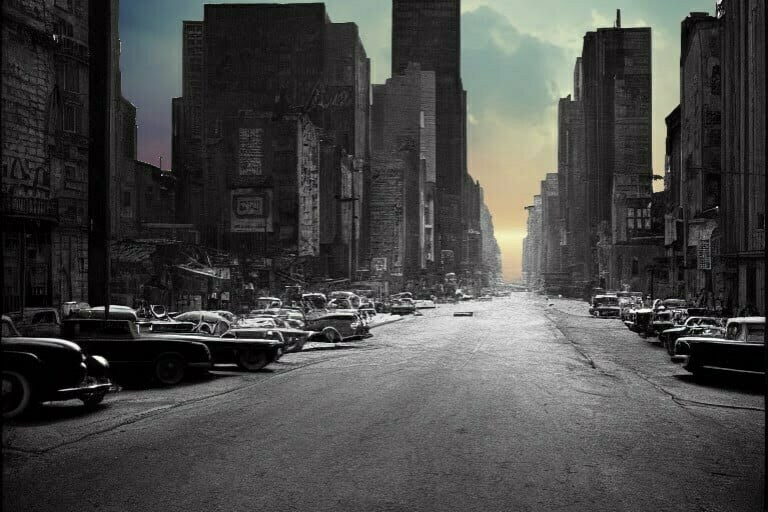 in The future of yesterday
⚪ Reads in 5 minutes

If you are a fan of Steely Dan, you may know a song called "IGY". I'll post a taste below, and I'll put it in the background in the stories of Futuroprossimo on Instagram and Facebook.

Listen to it. It's an upbeat song, you know? Talk about a bright future with high-speed submarine railways, solar power, giant life-enhancing computers and ... spandex jackets. It is a song from 1982, but it speaks of an even more distant moment. A special year, 1957: to be precise, theInternational Geophysical Year.

That period marked an incredible concerted effort by 67 countries to deepen humanity's knowledge (and protection) of the Earth. Today no one remembers it: my father was 6 years old, my mother just 1 year old, not even they can tell me anything. At the time, however, it was great news.

It was not the first geophysical year

The true origin of this periodic "alliance" is more remote. In 1882 and 1932 there were the International Polar Years, dedicated to research on the polar regions of the Earth.

"Why would over 60 countries have to organize difficult, dangerous and expensive expeditions in such a hostile environment?" someone will ask.

Ask a James Van Allen (the famous scientist who gave his name to an equally famous "belt") and some of his colleagues believed that advances in many fields made it possible to study geophysics in such distant places. And then 1957 from the scientific point of view was important: it also represented the year of greatest solar activity.

But it wasn't just about science.

The IGY was also an extraordinary political convergence. After the Second World War, the Cold War had prevented the "east" and the "west" (ie Western Europe / USA and allies against the USSR and allies) from cooperating. There was little scientific exchange between the two sides.

But this year had something magical about it. The IGY bakers decided that all countries would have all the data to avoid repeating the problem of the previous polar year (in 1932 the data were held only by a few countries, and ended up being lost).

It was the beginning of many special things.

Things to remember? Someone.

First of all, the conquest of space. Within the IGY, President Eisenhower's administration announced that the US would launch as part of the Project Vanguard of "small satellites around the Earth". In August 1956, the Soviets anticipated the same intentions, and first made them concrete on October 4, 1957, when the legendary Sputnik 1 flew around our planet. Some time later, Vanguard also succeeded in the feat.

To follow, an "internet" from the 50s, which still survives today! As part of the effort to preserve IGY data, the organizing committee set up a system called the "World Data Center".

This may have been the IGY's greatest legacy. The system has expanded to include 52 centers in 12 countries. In 2009, it merged with another data collection service to form a new system now known as ICSU World Data System.

Like the previous polar years, 1957 also focused on Arctic and Antarctic research, with the creation of several bases, some of which (such as the McMurdo station, 1200 people in 85 buildings, and the Amundsen-Scott station) are still in operation.

A two-person camp on the actual South Pole was to be used to accurately locate aurora australis and study emperor penguins.

There was even a floating research station there Ice Skate 2, which mapped the bottom of the Arctic Ocean. In an emotional affair, the crew lost radio communications with the outside world for a month.

In terms of cooperation, that 1957 allowed the establishment of the Antarctic Treaty, which led to a scientific alliance between its 41 signatory countries. A large amount of data on Antarctica has been collected thanks to this agreement, and more importantly, distributed by the World Data Centers.

From the scientific point of view, the Van Allen bands. The world learned more about the depth and quantity of ice on our planet, as well as weather forecasts, ocean floors and currents, the Earth's magnetic field, plate tectonics, and the upper atmosphere. An important leap that took place in just one year thanks to an honest, peaceful effort by everyone.

In 2007, the 4th Polar Year was held, in which 60 countries collaborated again on research. Among the "children" of this new meeting, the International Space Station, even if it will not last forever (and Russia will get out of it). Well but not very well, not to mention the prospects. Will we end up giving up these beautiful and important moments of cooperation?

I hope not, or there will be no more songs about the future. On the contrary: without international cooperation, I say this with sincere conviction, there may be no future.