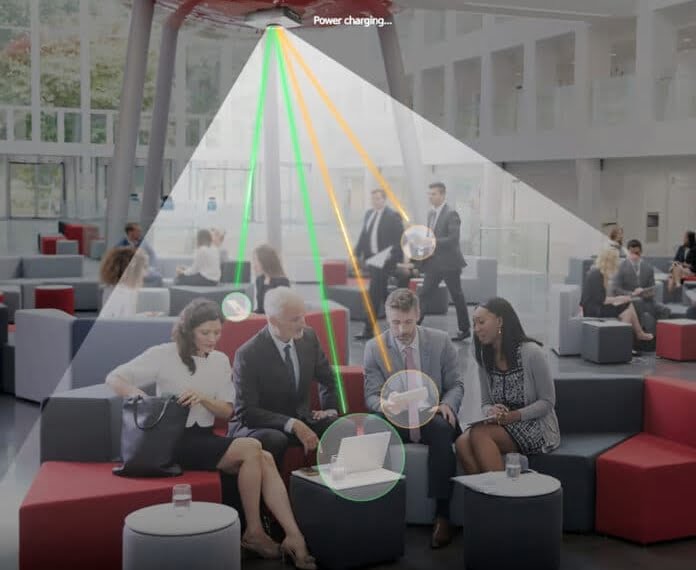 in Energy, Technology
⚪ Reads in 3 minutes

The researchers of the Sejong University in South Korea have developed a new wireless laser charging system. The system uses infrared light to safely transfer high levels of power over distances of up to 30 meters. This type of long-range optical wireless power transfer system could enable real-time power transmission to fixed and mobile receivers.

Long-range wireless power transmission has been the subject of numerous research projects, some of them they also appear on our site. However, it was difficult to transmit wireless power securely and stably over distances of more than one meter. To overcome this challenge, scientists have perfected a technique called "distributed laser charging", which is gaining more and more attention because it allows for safe, high-power coverage.

The new wireless laser charging system consists of a transmitter and a receiver. The former can be placed in a room, while the latter can be integrated into electronic devices. When the transmitter and receiver are in line of sight, a laser cavity forms between them in the air, or in free space, which allows light energy to be transmitted.

What if there is an obstacle that interrupts the line of sight between the transmitter and receiver? Do you get a laser beam? No problem. In that case, the system automatically switches to a sort of "economy mode" which lowers the laser frequency in order not to create any damage to people or things that are on the "line" of the beam.

The transmitter is an optical power source that uses a fiber amplifier spiked with a rare earth, theerbium, and produces an infrared light beam with a central wavelength of 1550 nm. The receiving unit includes a reflector (a passive optical system), a photovoltaic cell that converts the optical signal into electrical energy and an LED that lights up when power is supplied. This small receiver, currently measuring 1cm x 1cm, could easily be integrated into devices and sensors.

The laboratory results showed that a single channel wireless optical power transfer system can deliver an optical power of 400 mW over distances up to 30 meters. Photovoltaics have converted it in an electrical power of 85 mW. That's already enough power to power small sensors, and with further development, it could be increased to the levels needed to charge mobile devices.

"Using the laser charging system to replace power cables in factories could save maintenance and replacement costs," he says. in a statement Jinyong Ha, leader of the research team. "It could be particularly useful in harsh environments where electrical connections can create interference or fire hazards."

The next step for wireless laser energy? Make the system more practical, increase the efficiency of the photovoltaic cell to better convert light into electricity, develop a way to charge multiple receivers at the same time.