New York wants to set up charging points on all sidewalks, to charge parked vehicles and those without a garage. And that's just the beginning. 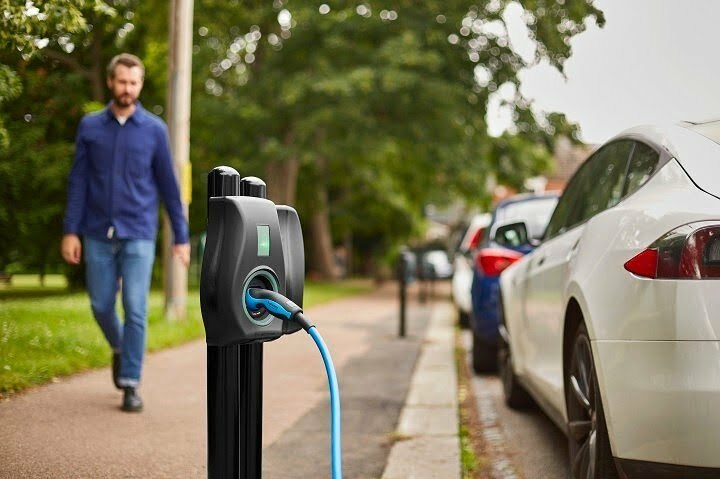 In New York, the recharge of electric vehicles it may soon be available for those who do not own a garage and park their car on the street. For this reason, the city has launched a pilot project with the British Connected Curb e Charg.gy, in addition to the New Yorker Volpost.

Connected Curb creates a battery charger that can be integrated into urban furnishings such as bollards; Char.gy e Voltpost produce charging hubs built into street lamps.

The pilot project's goal is to install 10.000 chargers on pavements by 2030, and to electrify 20% of municipal parking lots by 2025. The departure? It is already planned for the autumn of this year.

The "Charger" initiative follows the announcement by the New York governor Kathy Hochul to extend the Make-Ready EV program initiated by his predecessor Andrew Cuomo.

Through a cost-sharing initiative, the program aims to build 50.000 AC and 1.500 DC charging stations in the United States by 2025.

The administration has set a 2035 target for the completion of a fully electric urban transportation system, which would require investments of $ 1,5 trillion. Due to rising oil prices and decreasing subsidies from governments such as Saudi Arabia, this goal may not be achieved, but New York administration officials are confident they will succeed.

The most ambitious point of the New York project is the one based on the Gecko charging points. They are installed underground, protected from atmospheric agents and vandalism, while the above ground sockets are installed on a small support and can be increased as demand increases.

The prospects? Extraordinary. The 'pavement' charging points promise to become the real “nodes” of the future Smart city. In the near future they will support everything: from IoT (Internet of Things) services to 5G telecommunication applications, passing through air quality sensors, advertising information and who knows what else.