What will the future hold for us? It is a question that has always been asked. Here are 10 predictions of the future centered in full by illustrious characters 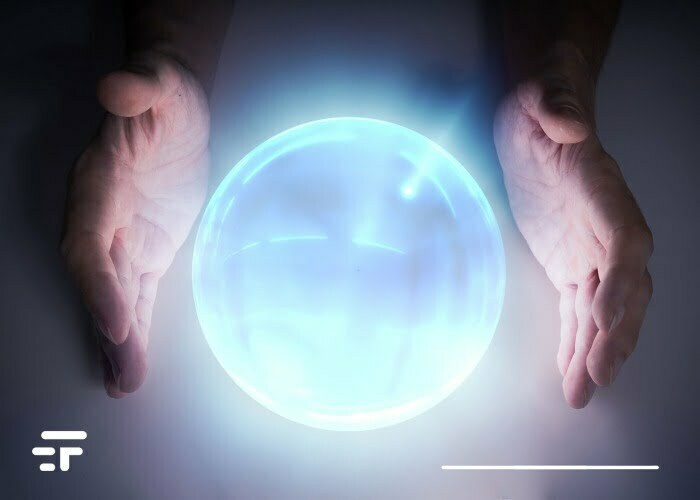 What will the future hold for us? It is a question that has always been asked. Throughout history, people have made predictions about what will happen in the future. Some of these predictions of the future have been accurate, others less so. Here are 10 truly incredible ones. (There is also a video, if you want to see it: and we take the opportunity to tell you to subscribe to the new Futuroprossimo youtube channel! We are preparing others.)

In 1898, the writer Morgan robertson published a book called "Futility, or the Wreck of the Titan". He spoke of an invented ocean liner, the "Titan", which sank in the North Atlantic Ocean after hitting an iceberg. Sound familiar to you?

Fourteen years later, in 1912, the events of Robertson's book were mirrored almost exactly with the sinking of the RMS Titanic, which saw the deaths of 1.503 people. The list of similarities between the fictional Titan and the real Titanic is impressive: The Titan was described with similar size and speed to the RMS Titanic, both sank in April, both lost more than half of the passengers and crew. Both had dangerously low numbers of lifeboats.

Most intriguingly, Robertson wrote the book before the Titanic was even conceived. It was the result, he said, of his vast knowledge of shipbuilding himself: and he said it to dismiss the accusations of clairvoyance!

In October 1914, the author of "The Time Machine" and "The War of the Worlds" made predictions of the future that few would have considered possible, such as the devastation of cities by the atomic bomb.

In his novel "The World Set Free", the writer described a uranium-based hand grenade that "continues to explode indefinitely". True, Wells knew quite a lot about radioactive elements, having a good background in physics. But he had no way of knowing that it would actually be possible to make nuclear power a weapon. Only 28 years after the publication of his book was the "Manhattan Project" set up to develop the first nuclear weapon. And 31 years later Little Boy and Fat Man, the two nuclear weapons dropped on Hiroshima and Nagasaki claimed around 226.000 lives.

Nikola Tesla he is best known for his contribution to the creation of the modern electricity system, which earned him the (well deserved) title of "man who invented the twentieth century".

Tesla talked about his ideas and predictions for the future at different times in his life. In a 1909 interview with the New York Times, he said, "It will soon be possible to transmit wireless messages around the world in such a simple way that each individual will be able to carry and operate his or her own apparatus." This is a truly fantastic statement when you consider that the first mobile phone was only born in 1973 and Wi-Fi was only created in 1991.

It is not the only one of the predictions of the future that Tesla made with precision. And we wouldn't expect anything different, because he has foreseen many of these things a little, he has helped to create them a little.

Robert boyle he was a fundamental scientist, known as the "father of modern chemistry". He is best known for his Boyle's law, which explains the behavior of gases, and for his method of him (conducting tests rather than merely defending his theories of him, as was typical at the time).

Above all, though, Boyle is known for often being ahead of his time. In 1660 he drew up his own personal "wish list" for the advancement of science, explicitly noting in his diary that medicine would "one day cure diseases with transplants", which was previously considered impossible.

In 1954, nearly 300 years after Boyle's predictions of the future, Joseph Murray and David Hume successfully performed the first ever organ transplant: a kidney. Since then, this procedure has been used to save lives around the world. En passant, among the things on his "list", Boyle also mentioned submarines, genetically modified crops and psychedelic drugs. Not bad for a 600th century guy, right?

The early XNUMXs were a time of great interest in spirituality. Among the most popular "mystics" at the time, Edgar Cayce he responded to inquiries ranging from personal problems to national politics, and among his best-known clients were Woodrow Wilson and Thomas Edison.

In 1925, Cayce predicted that the start of a devastating economic downturn in America would occur in 1929. Some of his clients heeded his warnings and withdrew their money from the banks. In 1929, the New York Stock Exchange collapsed as Cayce had predicted: 13 million people lost their jobs, and stock prices did not return to normal until 1954.

In 1898 Mark Twain wrote a short science fiction story entitled "From the 'London Times' in 1904", set six years in the future. In it he described a device called a "Teletroscope", which was "connected to the telephone systems of the world" and made "the daily activities of the globe visible to all". To be generous (am I, you?) We could say that with this Twain predicted the Internet 90 years before Tim Berners-Lee officially launched it.

If you still have doubts about Mark Twain's foresight, I will amaze you. In his 1909 autobiography, the literary icon made some predictions of the future, including a very disturbing one: the moment of his death. Twain was born on November 30, 1835, shortly after the passage of Halley's comet, which as you know is visible every 75-76 years. At the time of his autobiography the author, who was 74, wrote: "I arrived with Halley's Comet in 1835. It will come again next year and I expect to go out with it." In fact, Twain died on April 21, 1910, exactly the day after Halley's comet was visible in the sky.

French novelist of the nineteenth century Jules Verne is another author whose narrative has proved particularly accurate in terms of forecasting the future. In 1865 he published a short science fiction story entitled "From the Earth to the Moon", in which humanity first attempted to reach the Moon.

It is not the simple idea that man could reach the Moon the only remarkable thing: there were similarities between the real Apollo mission and the journey described in the book. For example, the number of astronauts on board. Or the fact that both rockets were fired from Florida. However, the most frightening coincidence is that Verne described the absence of gravity felt by the astronauts: at the time he wrote the event, 104 years before the moon landing, scientists did not know that gravity behaves differently in the space. There was no way to know! Heartfelt congratulations.

In 1840 America had been independent from Great Britain for just over 60 years and was a nation torn apart by civil war: meanwhile, the Tsarist regime in Russia was still strong and stable.

Would you have expected these two nations to become the two major superpowers fighting for world supremacy just over a century later? The French political scientist Alexis de Tocqueville did. Among his predictions of the future included in his publication “Democracy in America”, dated 1840, he wrote “There are two great nations in the world. Nations that, starting from different points, seem to advance towards the same goal: the Russians and the Anglo-Americans… each one seems called one day by a secret desire of Providence to hold the destinies of half the world in its hands ». More accurate than that.

Michel de Nostredame, a 1666th-century French pharmacist and prophet, is known for his apocalyptic prophecies. He has been credited with predicting many major world events more than four centuries after his death, including the rise of Napoleon Bonaparte. One of Nostradamus' most famous predictions of the future was that of the Great Fire of London, which destroyed the city in 9 and ruined the homes of 10 out of XNUMX inhabitants.

His releases are usually quite cryptic, to the point where a liberal interpreter could find predictions for just about anything he wanted within his work. In this case, however, he made an exception: in his book "Les Propheties" of 1555, Nostradamus wrote "The blood of the righteous will be missing in London, burned in the fire of '66". Unusually clear, do you think?

Although his work as a scientist, artist, mathematician and musician is unmatched in many areas, Leonardo da Vinci was not an expert in any of these fields. But he was a kind of prophet. Leonardo da Vinci's notebooks, from the late 80s until his death in 1519, are filled with ideas for machines and inventions that would have been totally unexpected at the time.

It is incorrect to credit Da Vinci for creating these objects, as his sketches were not precise blueprints of how they would work. They were real predictions of the future. How else to call the plans for an armored war vehicle more than 400 years before it became a reality?

And the diagram of a parachute, 300 years before Andre-Jacques Garnerin used it for the first time (in 1797)?

The list could go on forever. Definitely the greatest of all. 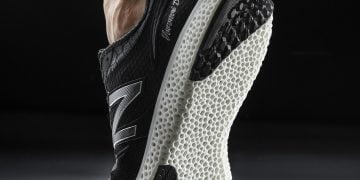 It is not a tool, but a method. The method of the future. Understanding generative design means embracing an evolution that ...