The University of California develops high-density batteries that withstand very hot and very cold temperatures without batting an eye. 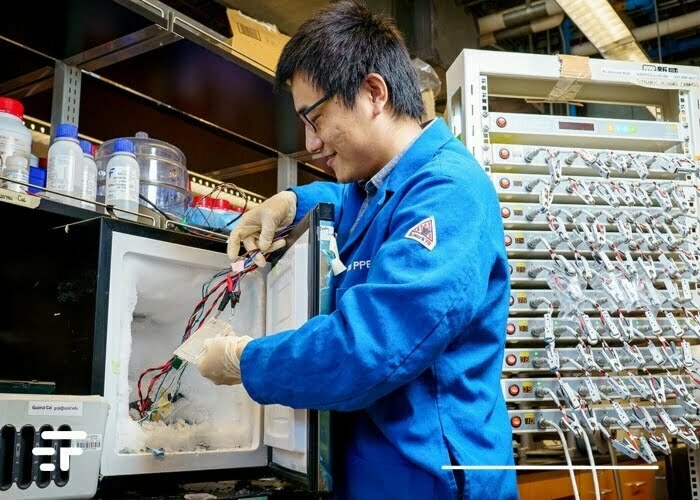 Other times here on FuturoProssimo we talked about battery and promising innovations related to the field of portable energy. The problems that scientific research has to overcome are related to the durability of the batteries, the power supplied, their disposal and, certainly, their stability when exposed to extreme temperatures.

Researchers at the University of California, San Diego, may have found the solution to this latest problem: batteries lithium ion high density that work well in both freezing and hot temperatures, but do not give up a good performance (indeed).

The results obtained from the batteries

In tests, the test batteries they kept 87,5% and 115,9% of their energy capacity respectively at -40 ° C and + 50 ° C. Furthermore, at these temperatures they recorded a high Coulomb efficiency, 98,2% and 98,7% respectively, which means that batteries can be subjected to multiple charge cycles before ceasing to function. Zheng Chen, professor of nanoengineering at UC San Diego's Jacobs School of Engineering and senior author of the study (that I link to you here) has explained:

High temperature efficiency is needed in areas where ambient temperatures can reach more than 40-50 ° C and roads are even warmer. In electric vehicles, battery packs are typically found under the floor, close to the hot asphalt.

Chen then added that “the batteries heat up even just from the passage of current during normal operation. If the batteries are not able to withstand this high temperature heating, their performance is rapidly reduced ”.

The chemistry of the new high-density batteries

The high-density batteries developed by Chen and colleagues tolerate both cold and heat thanks to their electrolyte. This, in fact, consists of a liquid solution of dibutyl-ether mixed with a lithium salt. A particular feature of dibutyl ether is that its molecules bind weakly to lithium ions. In other words, the electrolyte molecules can easily let go of lithium ions during battery operation.

This weak molecular interaction, researchers found in a previous study, improves battery performance in sub-zero temperatures. In addition, dibutyl ether can easily withstand heat because it remains liquid at high temperatures (it has a boiling point of 141 ° C).

Another peculiarity of this electrolyte? It is compatible with lithium-sulfur batteries, a type of rechargeable battery with a lithium-metal anode and a sulfur cathode. Lithium-sulfur batteries are an essential part of next-generation technologies because they promise higher energy densities and lower costs. Can storing up to twice as much energy per kilogram compared to current lithium-ion batteries: this could double the range of electric vehicles without increasing the weight of the battery pack. In addition, sulfur is more abundant and less problematic to find than the cobalt used in the cathodes of traditional lithium-ion batteries.

However, lithium-sulfur batteries have problems. Both the cathode and the anode are super reactive. Sulfur cathodes are so reactive that they dissolve during battery operation. This problem gets worse at high temperatures. In addition, lithium-metal anodes are prone to the formation of needle-like structures called dendrites that can puncture parts of the battery, causing it to short out. As a result, lithium-sulfur batteries only last up to tens of cycles.

In summary, these high-density batteries could allow electric vehicles in cold climates to travel longer on a single charge; they could also reduce the need for cooling systems to prevent vehicle battery packs from overheating in hot climates.

We will see if this technology will find space in what is becoming a real race for the creation of a battery capable of revolutionizing the world of electric vehicles. Each published research certainly represents an important step towards the transition to electric and, we hope, also towards greater sustainability. 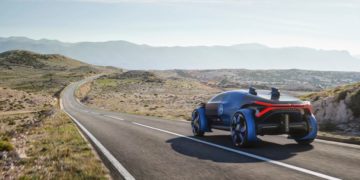 The French house had already accustomed us to frontier concepts, but this is among the most fun