Investing in shares of companies that work on artificial intelligence is a sure gain, at least in two cases: here are which ones. 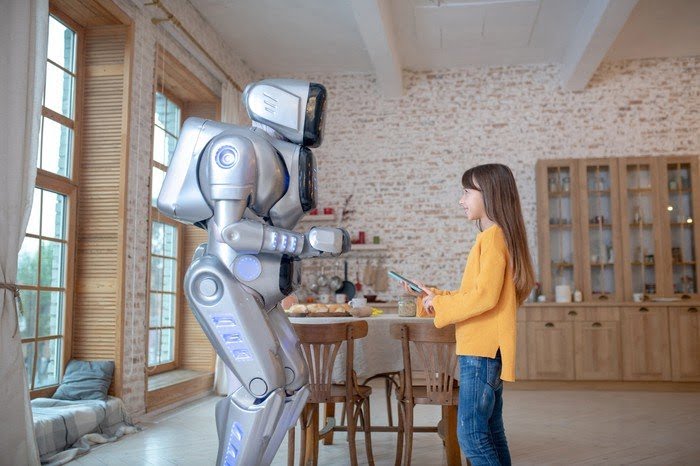 According to the Association for Digital Transformation, the adoption of artificial intelligence (AI) is expected to increase at an annual growth rate 40% until 2028. It is difficult for investors to identify another market with that level of potential for an investment.

Among the main players in this market (from humble playful on a stock exchange platform that I WILL NOT TELL YOU to not advertise) there are two rather interesting ones at the moment. It is about Nvidia e IBM, which are both developing advances that more than others may soon find a practical outlet.

This is why I think aloud that investing a few bucks in these companies could lead to an attractive profit.

The graphics processing units and systems-on-chips of Nvidia are the backbone of a huge share of the80% in the artificial intelligence market. They support a wide range of technological developments: game consoles, cars, medical imaging technology and… of course the evolving metaverse. Only at the letter "A" of the list, among Nvidia customers there are people like The Amazon Web Services e A.

An interesting area? The "direction" of heavy traffic. Who among us does not use maps in the car? Think within the next 10 years how they will evolve thanks to artificial intelligence. All Nvidia GPUs. If I tell you "autonomous vehicles”Nothing comes to your mind?

The momentum is expected to continue, leading to an expected first quarter revenue increase 45% from last year, and an astonishing 84% increase from the previous year.

The large decline in the market has caused the share price to drop a bit: this is why the time for an investment is excellent based on its leadership and… the expected growth in the future.

2. IBM is going to decline everything with artificial intelligence

Some IBM systems date back to 1937, and you wouldn't believe it: there are machines from that era that are still used today. But IBM has changed a lot, and is starting to do so even more guided byartificial intelligence. This, too, can give some extra profit to those who make an investment.

The company that actually invented floppy disks, hard drives, and barcodes has evolved quite a bit. In 2020, IBM it already had a leading market share of 13,7% in AI lifecycle software, after peaking at the top of AI software platforms worldwide for five consecutive years.

Expectations for 2022 include revenue growth driven by cloud services and artificial intelligence solutions. In truth, small signs of a slowdown are expected, but no one has doubts about the long term. Let's say 5 years, during which it is practically unimaginable to know how far IBM can go. An investment made today can pay off within this time frame.

My hot opinion is this. If you're looking to make some serious cash and don't mind a little risk, go all-in on AI companies now. Even on semi-unknown startups, if you like. One of them is the next Apple. If you want to be on the safe side, instead (or you are simply curious to know what it is), keep an eye on the two elephants that I have reported to you. Nvidia and IBM will undoubtedly be protagonists in artificial intelligence.

In any case, fasten your seat belts; a crazy ride awaits us. An amazing new instrument makes music accessible to tons of people who couldn't play it.