It takes months, years to decarbonise every single building: with this prefabricated solution it is possible to do it in a few weeks. 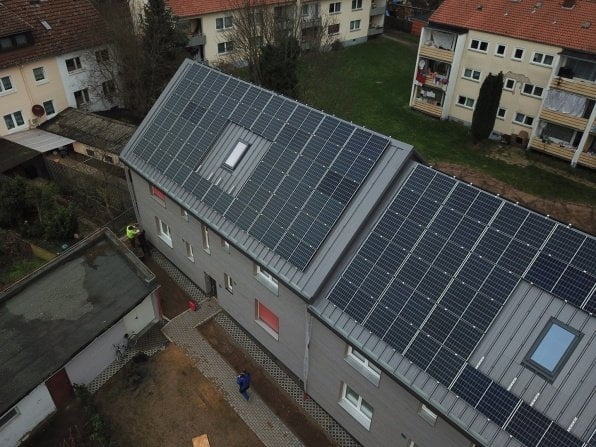 One of the main obstacles on the way to the energy transition? A sea of ​​old and inadequate buildings: a major source of emissions that is difficult to bring to law quickly and economically.

Do you know how long we have to avoid the worst impact of climate change? Less than 30 years old (some reports even says 12).

Ecoworks, an all green dress for buildings

In a German gigafactory, a group of robots build prefabricated sections modeled to precisely fit the walls of an old apartment complex like a second skin. A sort of "cover", like that of mobile phones, which serves to significantly reduce the energy consumption of the building.

Ecoworks, the start-up behind the new system, begins with 3D scanning a facility, both inside and out, creating its digital twin. "With a digital twin you can automate a schedule, which would normally take months and many engineers and architects," says the founder. Emanuel Heisenberg. At this point, each prefabricated component is built in advance: each of the panels already includes windows, ventilation, systems. The "plug" of the building is a modular roof with integrated solar panels.

Installation time on site? Workers can take just 20 minutes for each panel. The conversion of an entire building, including the replacement of fossil heat, occurs in weeks and not in the months (or years) required by traditional methods.

Heisenberg, an entrepreneur in the field of renewable energy, tried to share his vision of a prefabricated cover with several construction companies, but none of them listened to him. "At the heart of the problem is the entire construction industry," he says, "which invests less than 1% in research and development." So he decided to start his own company and develop the most automated process possible.

The company followed the changes in energy use in one of its first projects: a 1930s apartment complex in a small German town. The 12-unit building used 450 kilowatt-hours of energy per square meter prior to the renovation - one of the least efficient structures in Germany. It now produces more electricity than it uses.

“After the intervention, the building is negative emissions,” confirms Heisenberg. Within two years, Heisenberg predicts that the building will have fully offset his ecological impact of the construction, also taking into account the emissions from the production of solar panels.

The company is now working on 7 new projects for this summer, and above all on expanding its range. In Germany alone, according to the German Energy Agency, restructuring is needed more than 30 million apartments in the next 25 years. And an upcoming EU law could "force" the owners of the most inefficient buildings to turn things around within just 5 years.

Even this method may not be enough: Heisenberg tries to collaborate with the government to create standardized building codes. Ecoworks artificial intelligence selects the most suitable buildings to apply the prefabricated energy “cover” to them. Obviously it is easier to "sew a dress" for simple building complexes, made in blocks.

The next step is to start "covering" schools and single-family homes, and then move out of the German borders. The global challenge requires speed and intelligence: Ecoworks is ready to offer both. 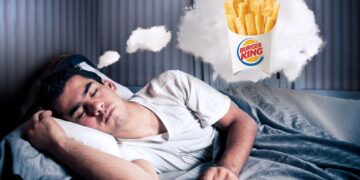 A world in which we are not safe from advertising even when we sleep? There is sleep to be lost.