The telephone conversation between the Defense Ministers of the USA and China does not bring the calm: the sword of Damocles hangs dangerously over Taiwan. 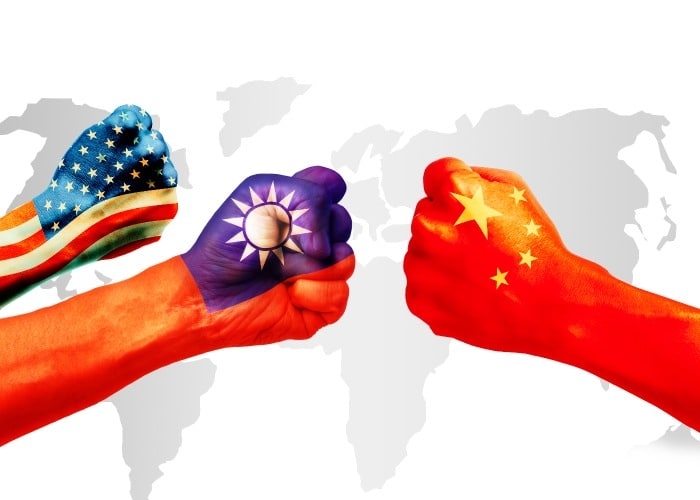 The future of China-Taiwan relations is evolving rapidly after recent events. The war in Ukraine and the tensions between the US and Russia have put a strain on Sino-US relations, and this could have an impact on Taiwan as well. The situation is tense as never before. How will it evolve?

The current state of relations between China and Taiwan

A bit like some couples on Facebook, it seems that China and Taiwan have a complicated relationship. Technically they would even still be in a state of war, even though the fighting stopped in 1949. China considers Taiwan a rebel province that needs to be brought back to the fold, while Taiwan sees itself as an independent country on the same piece of land. of China. In recent years, the two sides have worked together more, but there are still a lot of tensions. For example, China regularly threatens to invade if Taiwan does not fall into line, and Taiwan has responded by bolstering its army. It's a delicate balance and it's hard to tell what's going to happen next. But one thing is certain: echoing a situation not so different from that between Ukraine and Russia, it occurred to everyone that things (in recent years, indeed, improved) between China and Taiwan could really fall apart.

What has changed since February 24th

The recent war events between Russia and Ukraine have had a profound impact on relations between China and Taiwan. A few years ago in Singapore, Chinese President Xi Jinping met his Taiwanese "colleague" Ma Ying-jeou in what was hailed as a revolutionary summit. The first in 66 years. Things have not been great since then. in 2016 Chinese criticism has rained on the newly elected Taiwanese president Tsai Ing-wen, "guilty" of an electoral campaign deemed too distant from relations with Beijing. in 2017 (and since then periodically) China has conducted drills with its aircraft carriers around Taiwan. Sure, direct flights between the two countries have been allowed for some years and Chinese tourists visit Taiwan in large numbers, but the echoes of the Ukrainian bombings make these things seem like a warm panel.

In today's phone call between the Pentagon chief Lloyd Austin and the Minister of Defense of the People's Republic Wei Fenghe, China reiterated to Washington to refrain from putting pressure on Beijing through threats. Moreover, it has rejected any attempt to link Kiev with Taiwan. Beijing considers it an "inalienable" part of its territory. Also to be reunified with the use of force, if necessary. If it seems too tense as a conversation, consider that immediately afterwards China flew over the territory of Taiwan with 11 fighters: an unequivocal show of strength.

Today's conversation between the US and China does not make us calmer. Beijing's commitment to strengthen "strategic coordination" with Moscow, that "borderless" friendship established between Vladimir Putin and Xi at the Chinese Winter Games, leaves no room for interpretation. Ditto for the military agreement with the Solomon Islands, a possible precursor to a Chinese military base in the archipelago north-west of Australia.

East and West seem to be exactly on course with each other, and study each other as animals ready to attack. And Taiwan is only one stage: perhaps the next one. 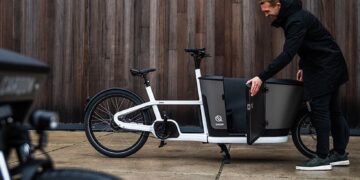 An electric cargo bike that incorporates a kid's lounge? Exceptional safety and stability for this Carqon. But the ...