The human brain can create structures up to 11 dimensions, according to scientists. These dimensions, on the other hand, are not perceived in the traditional sense. 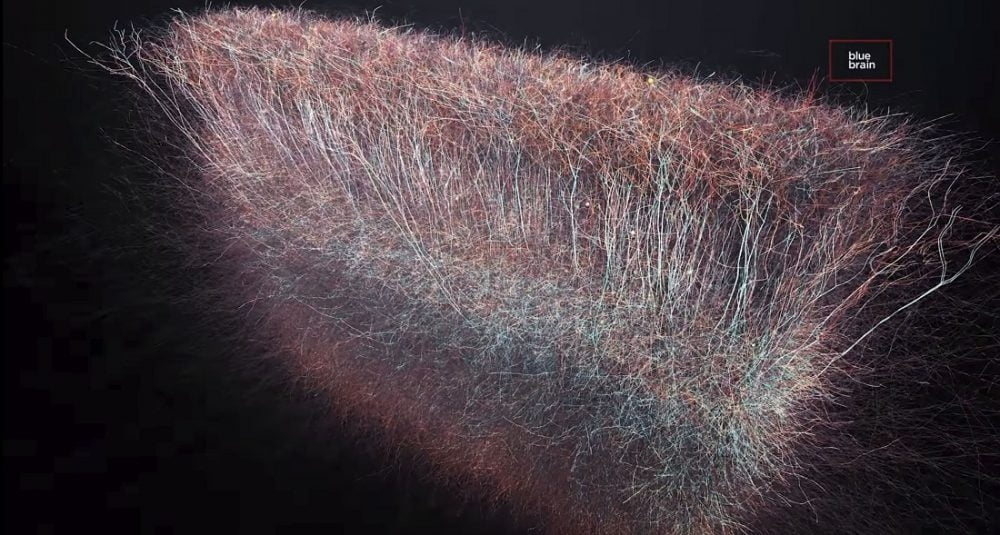 You may not know that a study by the EPFL from Lausanne, Switzerland (published for some time on Frontiers in Computational Neuroscience) revealed that human brain structures operate up to 11 dimensions.

“We found a multidimensional world that we never imagined,” explains the neuroscientist Henry markram, director of the Blue Brain Project (which conducted the research) and professor at the EPFL.

A multidimensional universe within the brain

The images try to convey something beyond the imagination: a realm of multidimensional structures and places. On the left is a digital replica of a portion of the neocortex, which is the most evolved region of the brain. Shapes ranging from 1 to 7 dimensions and beyond. The "black hole" in the center symbolizes a complex of multidimensional spaces or cavities.

In the study, the researchers revealed that the networks of neurons contained in these cavities provide the missing link between neural structure and function.

“There are hundreds of millions of these objects, even in a small place in the brain, up to seven dimensions. We have discovered structures up to eleven dimensions in some networks, ”Markram said.

Traditional mathematical views, according to these studies of the human brain, are unsustainable and ineffective. "The mathematics usually applied to study networks cannot detect the multidimensional structure that we now see clearly," revealed Markram.

Instead, the scientists decided to use algebraic topology. It is a branch of mathematics that makes use of abstract algebra tools to study topological spaces. In the study, scientists from the Blue Brain Project were assisted by mathematicians Kathryn Hess of the EPFL and Ran Levi of the University of Aberdeen.

“Algebraic topology is like a telescope and a microscope at the same time. It can zoom in on networks to reveal previously undetectable structures. In short, in a metaphorical forest, he can see both trees and empty spaces (clearings) ”added Professor Hess.

The multidimensional human brain can create structures up to 11 dimensions

Scientists have found that brain structures are created when a group of neurons - cells that transmit signals in the brain - form something called click. Each neuron is uniquely connected to every other neuron in the group, creating a new object. The more neurons there are in a clique, the greater the "size" of the object.

Scientists were able to build a virtual brain with the help of computers, then model its structures using algebraic topography. They later conducted experiments on real brain tissue to confirm the results. The researchers discovered cavities between the cliques by adding stimuli to the virtual brain.

"The appearance of each multidimensional cavity as the brain processes information means that the neurons in the network react to stimuli in a highly organized way," Levi explained.

It is as if the brain reacts to a stimulus by building and then razing a tower of multidimensional blocks, starting with rods (1D), then tables (2D), then cubes (3D), and then more complex geometries with 4D, 5D, etc. The progression of activity through the brain resembles a multidimensional sandcastle that materializes from the sand and then disintegrates.

Where are we today?

The epochal discovery has given a strong impetus to research on the functioning of the brain. Covid has slowed down some, but the questions about the 'multidimensional' brain are still all on the table. Scientists said it is still unclear, for example, how cliques and cavities form in their highly specific ways.

New studies (also guided by the increasingly effective artificial intelligence) will help scientists unravel this arcane, and at the same time those it brings with it. For example, one of the greatest mysteries of neuroscience: where the brain "stores" its memories. “Maybe right in a multidimensional cavity,” concludes Markram.

One thing to make your head spin.

Large-scale genomic analysis carried out by as many as 100 academics around the world has identified 8 linked genetic variants ...