These "factories" capable of continuously delivering the drug in a targeted manner were injected into mice and cured colorectal and ovarian cancers in just under a week. The difficulty of getting cancer medicines in the right places and in the right quantities is just one of the many obstacles that slow cancer treatments. A new type of implant developed at Rice University solves both problems by transporting tiny "cellular machines" that produce and distribute continuous doses of anti-cancer chemicals that can completely remove ovarian tumors in mice in just one week.

The researchers who created this intriguing new type of immunotherapeutic cancer therapy have dubbed them "drug factories" because once installed, they can produce the chemicals themselves needed to get rid of tumors. Implants are made up of tiny balls the size of a pinhead: they contain carefully selected cells encapsulated in a protective envelope.

The research was published in the journal Science Advances.

These spheroidal particles are made to produce a natural chemical called interleukin-2, a cytokine that prompts white blood cells to come into action in the body's effort to fight cancer.

These beads were first tested in recent laboratory tests. The researchers 'tossed' them into malignant tumors within the peritoneum, the membrane that lines the abdominal cavity. Here, drug factories have been shown to selectively generate a concentration of interleukin-2 within tumors, without ending up elsewhere.

The experiments carried out

The first evidence was followed by research in mouse models of advanced ovarian and colorectal tumors. The spheres made a splash, demolishing tumors in rodents in just under a week. Most importantly, they delivered only high dosages of the drugs directly to the tumor site, avoiding toxicity to healthy cells.

“We only administer them once, but drug factories continue to distribute what is needed, where it is needed. Until the cancer is eliminated, ”he says Omid Veiseh, assistant professor of bioengineering.

Once we discovered the correct dosage of "factories" to use, the results arrived. We got rid of the tumors in 100% of animals with ovarian cancer and seven out of eight with colorectal cancer.

What is the key factor of this solution?

Protective wrapping plays a crucial role in drug factories, and not just in keeping their contents safe. This shell is constructed of materials that the body perceives as foreign, but only as a potential danger to be faced after a set period of time. Consequently, the therapy does not continue indefinitely.

“We found that the foreign body reactions effectively and safely blocked the release of cytokines from the capsules after 30 days,” says Veiseh. "Furthermore, we have shown that even a second course of therapy can be safely administered, should it be needed."

When they set out to build these tiny pharmaceutical labs, the scientists were concerned about using only components that have already been proven safe for human use. L'interleukin-2 is an FDA-approved anticancer therapy, and this new technology of delivering high doses directly to tumor sites creates a more robust immune response.

In this study, we demonstrated that 'drug factories' allow for adjustable local administration of interleukin-2 and tumor eradication in several mouse models. This makes us excited about clinical trials.

Amir Jazaeri, co-author of the study

This technique, they say at Rice University, can be used against other malignant tumors: it is enough to set up the spheres of the 'drug factories' with different types of cells to elicit various immunological responses.

Human clinical trials of drug factories should start as early as 2022. 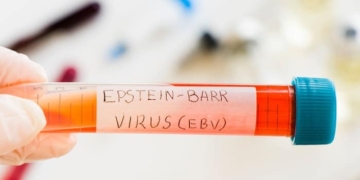