A fully rotatable cockpit "cell" allows the energy of an impact to be dissipated: it sounds interesting. Will it work? 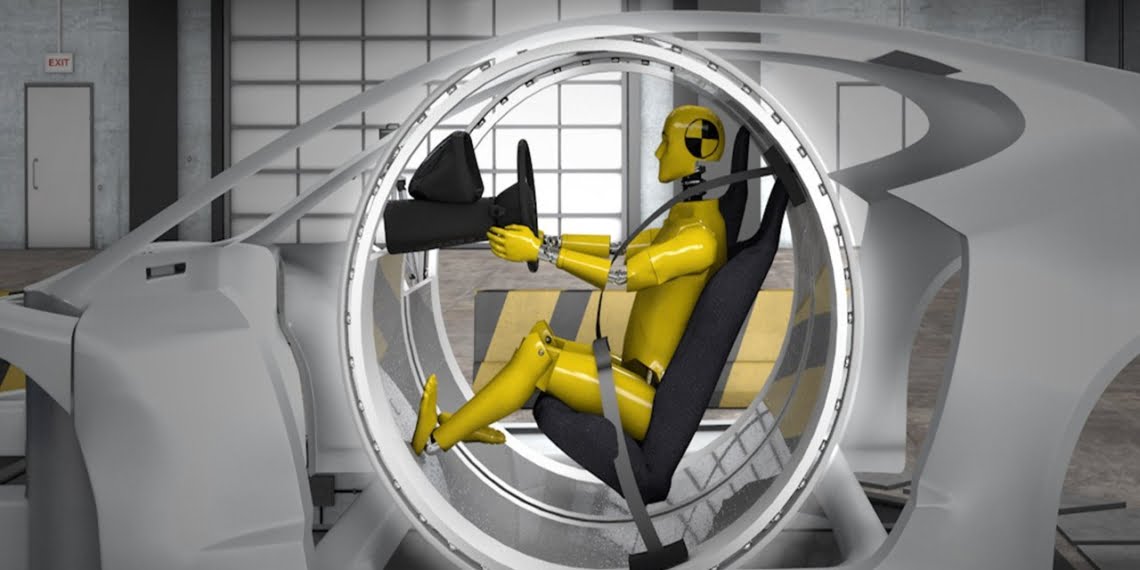 A new car safety project could have an impact on how an interior is designed over the next decade. A sustainable solution, almost a Columbus' egg, with the potential to save many lives in the event of a deadly frontal collision.

Traffic accidents are statistically inevitable for a variety of reasons. For this reason, engineers have tried to reduce the severity of collisions and consequently the risk of significant injury or death over the past few decades. In an ideal world, progress in the safety standards would be enough. A passenger compartment equipped with seat belts and airbags would cushion the impact in the best possible way. If you add other gadgets such as blind spot monitoring, lane assist and automatic braking technologies it seems to be invulnerable.

Even after these improvements there are still some holes. And they are due to physical restrictions that cannot be circumvented. An example? The “non-deformable” part of a passenger compartment does have a significant impact on the distribution of the impact force, but it can only be extended up to a certain point.

The data suggests that during a frontal collision the human body must accelerate by 20-30G or even more. Such high G-forces can permanently damage brain tissues and still lead to fatal injuries even in a "protected" passenger compartment.

The team of designers Aren Designs aims to overcome this problem. And he wants to do it with a cockpit from the innovative design which works on a simple principle: converting potential energy into kinetic energy.

Dubbed Active Cockpit, this unique design (which reminds me of a hamster wheel) primarily seeks to deal with the severe impact of a frontal collision by transforming the impact of the crash into a twisting motion of a part of the cabin.

In practice, the driver and passenger in a two-seater vehicle are seated in a spherical compartment of the passenger compartment. If and when a collision occurs, the rotational motion of the centrifugal force dissipates the force of the impact, significantly lowering the chance of injury.

Compared to the safety standards of conventional vehicles, this cutting-edge design has the potential to save millions of people: it remains to be seen whether the prototype (3D printed) will confirm in tests what appears to be a good idea.

A little quirky, I admit, but a good idea.

Academy of robotics tests its fleet of autonomous green robots on the streets of london for contactless, intelligent and ...