We always seem on the eve of positive change, but it never comes. Optimism! It will come for sure: for three good, old reasons. 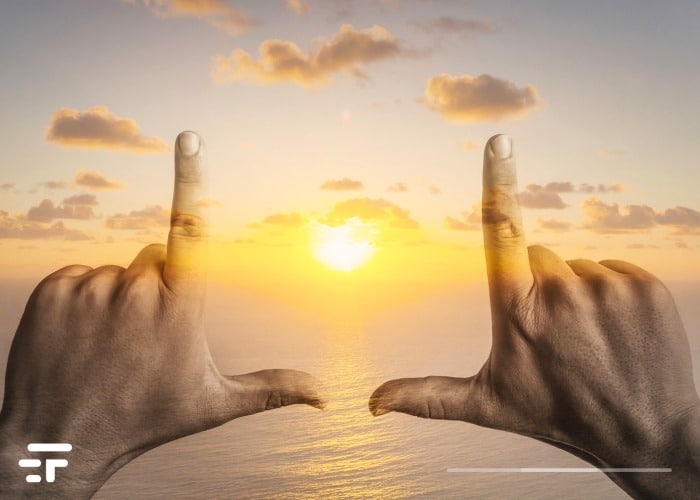 They are really well hidden (between a pandemic that could perhaps end, and a war that could perhaps begin) but they are there. The reasons for cultivating optimism peek out here and there among the technological news, and they show (if we know how to grasp them) that the world is about to experience a period of great rebirth.

Historical phases such as those that are being prepared are not frequent, and do not depend on a single invention in particular. They happen when a series of simultaneous changes trigger a real daily revolution.

Three big reasons for optimism: when it happened last time

It happened at the beginning of the twentieth century: cars, telephones, radio, cinema, airplanes, electricity are technologies born almost together. It is not their appearance, however, that has produced everything: the changes have arisen from the conditions that have produced their appearance.

They are, that is, advances in three main fields: Information, Production, Materials.

I'm not just talking about the "transmission" ofinformation , of the media (which in the twentieth century saw the arrival of telephone, radio, TV almost at the same time), but also of the "acquisition" of information concerning us and the world. Spectroscopy, X-ray crystallography. Precision clocks. We suddenly got a sea of ​​more data from the world, which increased our understanding of everything and made us improve. For example, they made us build machines best. Systems that made us produce more things in less time. And obviously, also machines to transport things and people (car, plane) or to produce energy. To have materials the best contributed: the arrival of chemistry, or high-strength concrete.

Curiosity: for a very long time man used only a small part of the 92 original elements of the periodic table: to make a car before they used practically just 7: wood, rubber, glass, iron, copper, zinc and a little of vanadium. Today a third of the entire periodic table is used to make a car. To make a computer, you need two thirds of it.

It is the year in which, more or less, all these different technologies have reached a maturity sufficient to literally "explode" all the well-being that developed up to 2000. If the word "well-being" makes you turn up your nose, it's enough two data: in the West the average life span has increased by 30 years, and the average per capita wealth has increased by up to 700%

Yes, obviously it wasn't an easy century. He has seen alternating egregious and horrible things. From 1920 onwards there was an economic collapse in 1929, and above all an abominable world war. The fact is that all the advances we know of in our life depend on that "trio" that came together in 1920.

And what does optimism come from today? What is the new "trio" that will make the history of this century?

Mark Twain said that history does not repeat itself, but rhymes. Well, because I hear a refrain that reminds me of the 20s of the last century.

And the new "trio" looks a lot like the old one, yes sir. THEtraining, machines, materials. Even today, a large number of technologies are coordinating to mature around these three major sectors almost at the same time.

To upset the sphere ofinformation it will be the maturation of something that we even consider dated: the microprocessor. A tool that forms the basis of artificial intelligence, a great protagonist of the coming years. Once again, both the "transmission" of information (including the information content generated by an AI) and the acquisition of information (Big Data, with all that comes with it) enormously increases.

Leading the way in the sector of machines it will be the maturation of the 3D printer as a new means of production. It will be able to produce complex objects in large quantities, even starting from dust or from components very similar to natural ones. 3D printing will also allow the production of organic elements, such as skin or artificial organs, and will eventually produce part of our food as well. To complete the picture, robots (including anthropomorphic ones, or flying drones) and autonomous vehicles will intervene in the revolution of goods and people.

Let's talk about materials available to build everything. This century will see the affirmation of materials developed and designed directly by us, tailored to meet specific needs. The most promising field is that of bioelectronics, which could outclass the revolution that was brought about by silicon in the last century.

To amplify the optimism there is the presence, in this century, of one more protagonist: it is the Cloud. A cloud that (this is an absolute novelty in known history) evolves and self-amplifies. Practically a "fabric" that incorporates all technological developments and at the same time catalyzes them, puts them in synergy, improves them. Something never seen before.

There is a trio in each trio

In a sort of "matryoshka" of innovation, it is easy to understand this rule of the "power of the trio" by looking inside each technology. Because, looking more closely, every technology explodes when more factors mature within it.

An example? The train. Its true explosion was born only when three fundamental elements linked to information (the telegraph), machines (the steam engine) e materials (high-strength steel) have matured.

Another example? The Iphone. Its explosion depends on three elements that Steve Jobs had nothing to do with. Once again information (the integrated circuit, year of birth 1959: offers both the microprocessor and the radio), machines (touch and pocket screens, year of birth 1965) is materials (lithium ions, core of batteries, year of birth 1970). Technologies that have matured over years, decades, to then meet together and produce a small revolution in 2007

The optimism comes from the fact that this rule has occurred with incredible punctuality all the time.

Optimism is inevitable when you think that revolutionaries big and small (I quoted Steve Jobs, which in any case has the merit of having achieved a convergence) are helped by this "power of the trio" in an inevitable way.

We repeat this rule as many times as you want, the result will be identical. Here is a very quick roundup of characters with the invention for which they are remembered and the year of birth of a "trio" of factors that were decisive for his invention.

And how long will it take for this positive 'explosion'?

Often, in modern history, there are small leaps of 20 or 10 years from the invention of a new technology to its actual mass use. It is the most widespread media.

Let's talk about the radio? About 10 years pass from Heinrich Hertz's demonstration on the existence of radio waves to Marconi's invention. Another 20 years to get to the first broadcast service (in Argentina, 1920).

Let's talk about PC? Less than 1937 years pass from the first electronic computer (20) to the first commercial computer (Univac, 1951). It then takes another 20 years for the first Personal Computer.

Are we taking longer? Because?

This scheme could also work for technologies that today, but on some there are some delays or some advances, due to the ever greater unpredictability (and therefore to the variables that each of the factors leads to each invention).

La 3d printing, for example, it originated in 1984 with the invention of stereolithography. After 20 years, the first valid machines entered the industrial markets: another 20 years and they should have reached (in 2024) 10% of the machine tool market. In my opinion we are a bit behind on the schedule.

Le Modern electric cars? From the first lithium-ion batteries (Tesla Roadster, 2008) to the point where 5% of all world cars will be battery-powered, we could hit the 20-year goal.

In general, however, these schemes could help us if only to understand more or less when the great transformative technologies of our century will become mass. And above all they could train our optimism, making us understand that for almost all of them it is never a question of "if", but of "when".

Of course, this time too it won't be plain sailing

Of course, due to the tendencies of human nature, it would be unrealistic to assume that the next century will be free of upheaval, political conflict and even (unfortunately) wars.

However, these huge technological advances will eventually show up in all three primary social metrics: more wealth per capita, more health and well-being, more convenience and free time to enjoy life.

At least so I want to tell it. Otherwise what kind of optimism would that be? 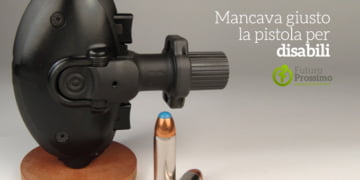