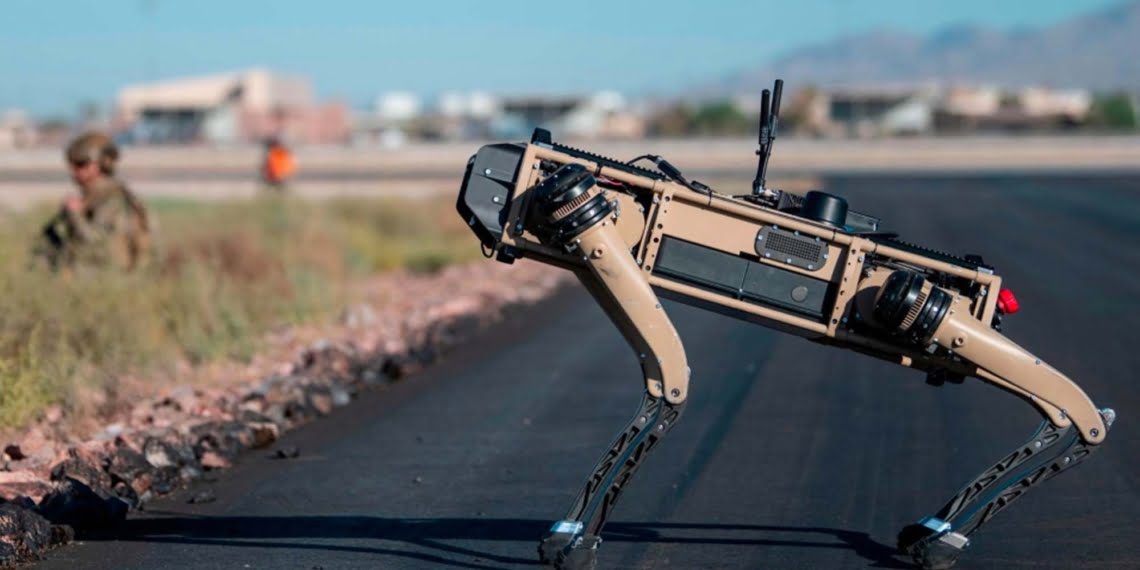 If you've been feeling short of dystopias in these cute and simple times for everyone, here's another one already on the horizon: robot dogs on the US-Mexico border. Yes, it looks like "Metalhead", one of the most disturbing episodes of that masterpiece it is B. It is not a series, however: it is a reality that is already attracting enormous criticism due to the already dehumanizing conditions of immigrants forced to cross such a manned border "by hook or by crook".

This week the Department of Homeland Security (DHS) of the United States has announced the deployment of robot dogs to patrol the country's southern border with Mexico as part of its Customs and Border Protection (CBP) program.

The program's goal, he said, is to harness technology to increase the presence of border deterrents and reduce "human exposure to life-threatening risks."

Robot dogs, other than parties

"The southern border can be a tough environment for both humans and animals, which is why a car can do a great job," he says. Brenda Long, program manager of the DHS Science and Technology Directorate, in a note that accompanied the announcement.

“This initiative led by the US Directorate of Science and Technology focuses on automated ground surveillance vehicles, or what we call 'AGSV'. Basically, the AGSV program concerns ... robot dogs "

Robot dogs at the borders: a chorus of criticism

If you are expecting parties, jumping or barking, know that something else awaits you. The robot dogs that will be used have a different appearance: according to the bodies concerned they will be "force multipliers", according to the critics yet another invasive horror.

The ACLU said in a statement that the Department of Homeland Security's plan to deploy robotic border guard dogs is "a civil liberties disaster." The government must "withdraw this dangerous idea, and the Biden administration must stop our country from sliding into an anti-immigrant hell."

How robot dogs are made

It is a robust quadrupedal robot. He traverses all kinds of natural terrain including sand, rocks and hills as well as man-made environments such as stairs. In the area along the border there is human trafficking, drug trafficking and other contraband, including firearms or even potentially (they always pop out, ed) mass destruction weapons

Robot dogs are currently being tested for their abilities to complete assignments such as sentry duty and carry payloads over rough terrain. With its cameras and sensors, they can transmit video in real time and other data to the man who operates or monitors them.

The robotic dog tests also include a simulation of day and night watch shifts, with battery life tests as well.

When they are finished, it will be a new moment in which reality surpasses (in sadness) the worst of imaginations.

Where does the media go? 5 invasions of artificial intelligence in journalism

The technique could lead to improved earthquake and tsunami warning systems around the world.