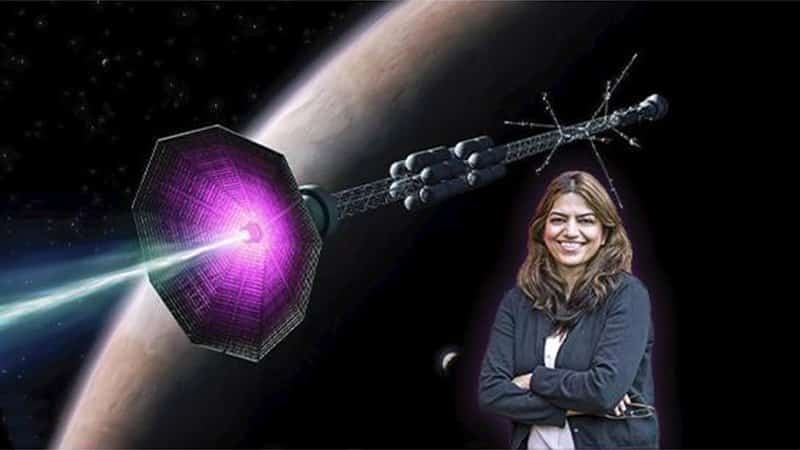 The physics of the PPPL Fatima Ebrahimi in front of a graphic reconstruction of the fusion rocket (Credit: Elle Starkman (PPPL Office of Communications) and ITER)

A scientist has suggested that a new type of rocket drive that copies the mechanism behind a solar flare could carry humans beyond our solar system as well.

The concept was proposed by Fatima Ebrahimi, principal investigator physics at the Princeton Plasma Physics Laboratory (PPPL) in New Jersey. The thruster would send magnetic fields from the rear of the rocket to propel it forward. Currently, plasma thrusters tested in space to move particles rely on electric fields.

The new concept would accelerate the particles using the magnetic reconnection (a process that is found throughout the universe, including the surface of the Sun, where it triggers the phenomenon of the solar flare). In this process the magnetic field lines converge, suddenly separate and then join again, generating a lot of energy. Reconnection is the principle that also takes place within tokamak nuclear fusion reactors currently under study.

"I've been working on this project for a while," says Ebrahimi, author of an article detailing the idea in the Journal of Plasma Physics.

"I came up with the idea in 2017 while sitting on a bridge and thinking about the similarities between a car exhaust and the high-speed exhaust particles created by PPPL's ​​National Spherical Torus Experiment (NSTX)."

During its operation, this tokamak produces magnetic bubbles called plasmoids that move at a speed of about 20 kilometers per second - something very similar to a nice push.

Current plasma thrusters that use electric fields to propel particles can only produce a low specific pulse. Computer simulations showed that the new plasma powertrain concept could generate exhaust gases at speeds of hundreds of kilometers per second. 10 times faster than those of other engines.

"This speed in a spacecraft could bring the outer planets within the reach of astronauts."

Long distance travel takes months or years because the specific pulse of the rocket chemical engines is very low, so the vehicle takes some time to pick up speed. “Solar flare” thrusters based on magnetic reconnection could conceivably complete long-distance missions in much less time.

There are three main differences between Ebrahimi's powertrain concept and other devices. The first is that by changing the strength of the magnetic fields you can increase or decrease the amount of thrust. Secondly, the new thruster produces motion by expelling both plasma and plasmoid particles, adding power to the propulsion. FinallyUnlike electric field thruster concepts, the magnetic fields in Ebrahimi's rocket that mimics the mechanisms of a solar flare allow the plasma to be made up of heavy or light atoms.

While other thrusters require heavy gas, made of atoms like xenon, scientists may prefer light gas in some cases because smaller atoms can move faster.

This solar flare-style rocket comes directly from nuclear fusion energy research. The reactors of the future like ITER have not yet started to power us and already inspire revolutionary technologies in other fields as well such as space exploration.

"The next step," says Ebrahimi, "is to build a prototype." Amen. 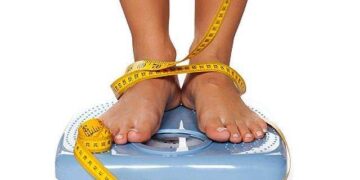 The results are surprising: a drug can replace weight reduction surgery. Has entered the phase ...