The shortage of fresh water pushes Chilean communities to build artificial mini glaciers next to the villages. 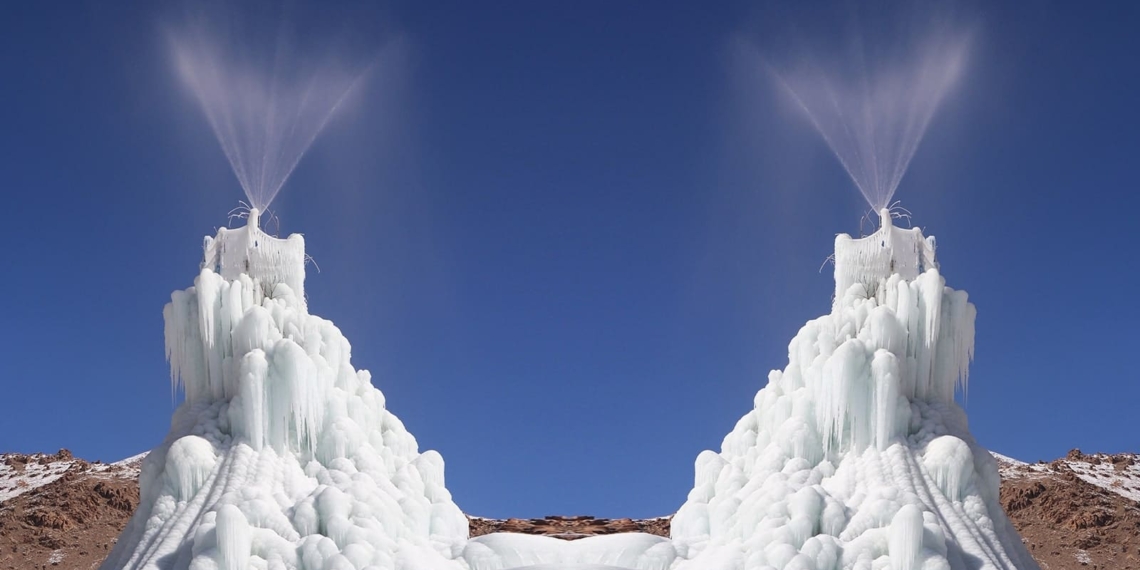 The recent drought in the mountain regions of Chile is linked, in part, to to the rapid dissolution of the Andean glaciers. This puts a strain on local communities who depend on their fresh water supply.

However, a group of Chilean climatologists have come up with a solution. In 2022, they will attempt to create new glaciers to supply water during the drought season.

The glaciers of the world are melting. They lose an average of 1,2 trillion tons of ice per year. This is creating almost problems 2 billions of people around the world who rely on glaciers for drinking water or crop irrigation.

Man-made glaciers, also called ice stupas, can help mitigate the consequences of global warming and provide assistance to vulnerable people around the world.

"We are looking for a solution that allows us to protect the water for a longer period in the mountain range and then deliver it to the communities downstream", he tells Reuters Enrique Gellona, Project manager.

The initiative, called the Nilus project, is inspired by one similar initiative in India, where the world's first ice stupa was built in 2013. Sonam Wangchuk, the project engineer, ha developed the idea of artificial glaciers after noticing that the ice can remain frozen until summer, as long as it is well shaded.

The most natural way to cover the ice? A wooden and steel cone built at low altitude, near a village. A long underground pipe diverts water from local high-altitude streams during the rainy season, funneling it downward. Then at night, when the temperatures drop, the water is released from a vertical pipe, throwing it into the air like a fountain.

With the stupa system, the water turns into ice and is quickly frozen to the base form, creating a cone that keeps most of the ice sheltered for as long as it takes before providing drinking water to local communities.

Each of these man-made glaciers can supply a community of 100.000 people for three months. They are efficient, economical and easy to maintain. And they produce millions of liters of water every year.

This year the Chilean team plans to build 50 ice stupas to store a total of 100 million liters (26,4 million gallons) of water.

Stupas are much smaller in size than natural glaciers, but they are enough to supply small communities. The prototype of the project is already being tested in the Cajon del Maipo mountain range, southeast of Santiago de Chile.

Not only Chile, however: intelligent glacier projects have also been implemented in the Alps, and Canada is also evaluating their creation.

A starting point from the mini glaciers

In arid rural regions around the world, this simple idea can revolutionize people's lives. Certainly stupas cannot alone be the solution to the melting of glaciers, but they do their part climate changes.

And they will spark new ideas.

Ecologic Brands finally breaks through with an intuition it had almost 10 years ago. Flat cardboard bottles to assemble, such as ...