Still new clues and new analyzes reveal (this time permanently) the possibility that Venus can host life among its acid clouds. 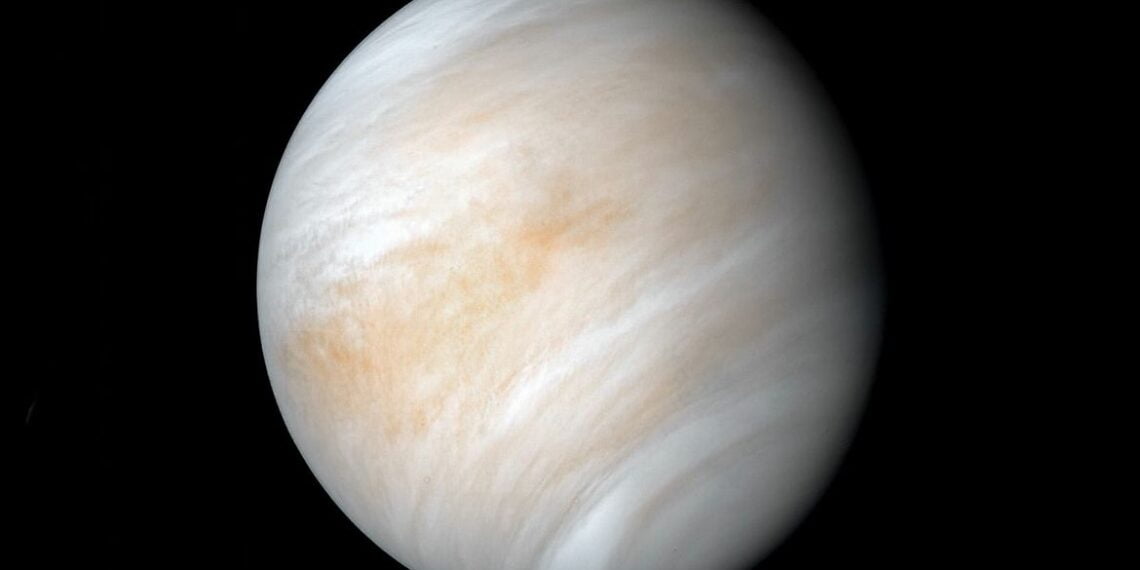 The alleged detection of phosphine gas in the atmosphere of Venus has raised the fascinating question of whether this gas may be of biological origin.

Given how inhospitable Venus appears to life as we know it, the question alone has caused a stir. Over the past two years, however, there have been several surveys that have provided clues to this effect. Scientists today showed that Venus might indeed be habitable, after all, high up in the clouds, not on the planet's hot surface.

There are unsuspected similarities between Venus and the Earth

Among the observations made by the various research groups, there are some notable ones. On Venus, the level of solar radiation at specific altitudes is comparable to solar radiation on Earth. This means that airborne photosynthesizing microbes could survive at those altitudes. Furthermore, the thick cloud layer would provide some protection against ultraviolet radiation, and it is possible that the acidity in those clouds is lower than expected and within acceptable parameters for life.

Life on Venus, the first private mission only has 5 minutes to search for it

"Together," the researchers wrote in their paper published in Astrobiology, "these photophysical and chemical considerations support a potential for phototrophy in the clouds of Venus."

Why is this possibility a sensation?

Simply because habitability on Venus seems really unlikely. The conditions on the surface are truly hellish. The planet is enveloped in a dense atmosphere made up almost entirely of carbon dioxide that rotates 60 times faster than the planet itself, producing incredible winds. The sky is full of thick clouds of sulfuric acid and its atmospheric pressure (at an altitude of 0) is almost 100 times greater than that of Earth. As if that weren't enough, it's terribly hot. Not like here in August, I mean. The average surface temperature is 471 ° C (880 degrees Fahrenheit).

For this, when the astronomers have announced that they have taken over phosphine gas in the planet's atmosphere last year, controversy arose. This is because one of the explanations for its presence could be microorganisms.

The phosphine it can be found here on Earth in very limited contexts. One of these is the anaerobic, or low-oxygen ecosystem. It is found in swamps and muds, intestines and intestinal gas. Somehow, anaerobic microorganisms produce phosphine and ... the clouds on Venus are anaerobic. Since the biological origin is not the only possible explanation, however (there is also the possibility that the phosphine comes from volcanic activity), further investigations are needed.

The research team leading the biochemist Rakesh Mogul of California State Polytechnic University, began by examining the level of sunlight that can penetrate the clouds of Venus. The data came from Russian probes sent to Venus between 1967 and 1983. None of these probes survived long on the surface, but they did send cloud measurements as they descended.

From these and other historical measurements, the researchers were able to calculate the light levels within the clouds and determined that the radiation in the middle and lower clouds of Venus they are similar to those on the earth's surface, where photosynthetic life is abundant.

But the light levels alone are insufficient. A study earlier this year found that there simply isn't enough water activity in Venus' clouds to support life as we know it. But this may not be the case if the composition of Venus' clouds is not what we think. Current estimates place the sulfuric acid concentration at 75% for central clouds and 98% for lower clouds.

On Venus, the details can make a difference

Mogul and his team revisited the Venus data and determined that the signatures indicating sulfuric acid could also be caused by neutralized forms of sulfuric acid, such as ammonium bisulfate. If this is the case, then there may be far more water activity (and far less acidity) in the clouds of Venus than previous estimates suggest.

Even now, however, there is no 100% certainty. However, research has established (and no longer ruled out) that this eventuality is possible. This opens up avenues for future research, including a more detailed analysis of Venus's atmosphere.

"The acidity and activity levels of water are potentially within an acceptable range for microbial growth on Earth," says Mogul. "And the constant illumination with limited UV suggests that the clouds of Venus could be hospitable for life, and should be the target of future detection missions, such as those currently planned for Mars and Europe".