Getting back to the center of everything: the Chinese goal has very ancient roots and very clear ideas, according to an expert's analysis. 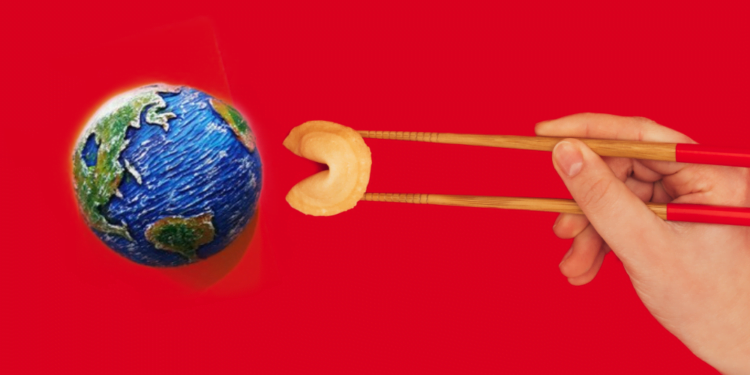 The most common mistake that we Westerners can make is that of considering other cultures "backward", from a Western-centric perspective. Often, however, this perception is given more by the lack of knowledge of the history of other countries than by concrete data.

A striking example of this is the disbelief of much of our ruling and political class towards China's rise and return to central China as a global superpower. Until a few years ago it was in fact considered, even by many Italian intellectuals, a simple developing country. This only and solely because until the first half of the last century it was a country mostly agricultural and moreover semi-colonized by foreign powers. And mostly Westerners. This is obviously a partial view that does not take into account the great past of the Chinese Empire.

Far be it from me, here, to want to start a long exposition on Chinese history. However, I think it is useful to recall some events that perhaps many today ignore when they climb into political analyzes concerning this country with a millenary culture.

The country of the Center

An important piece of information is already provided by the name of China itself, which is in Mandarin zhōngguó, or "Center Country". This is an important first fact. It makes us understand how this country has always been central to the known world, starting from the foundation of the Empire (221 BC) up to the modern era. This centrality was by no means only cultural, but also economic.

Let's take a step back

Few people know that as early as the seventh century AD, during the reign of the Tang Dynasty, there was a system of tributes in which all the vassal states, i.e. of Northeast and Southeast Asia, to become part of the world Chinese economic, in order to do business with this great country and to obtain the precious goods that it produced, they were required to pay a tribute with very specific rituals in which an emissary of the vassal state brought gifts and bowed to the emperor, subduing his own country to the Chinese Empire. This was not done only out of simple reverence for an important empire, but above all for economic convenience: being part of this economic system meant making one's country develop compared to others who were not part of it or who could not be part of it.

We are talking about a complex economic system for the time, with a real one trade zone and a common currency: silver, with common prices based on Chinese prices. We could provocatively say that already in the seventh century China had somehow created an ancestor of what our Eurozone is today. China's supremacy in East Asia was effective and lasted for centuries. Suffice it to say that the formalization of the Chinese Tax System, which as mentioned already existed de facto in the seventh century, took place during the Ming Dynasty in the seventeenth century and lasted until the affirmation of the Westphalian system of Western type in Asia towards the end of the nineteenth century.

It is not an ascent, but a return

Another important fact is the fact that China until 1820, according to OECD data, was effectively the world's leading economic power. So when we hear most Western observers talking about a "sudden rise" of China, we should perhaps ask ourselves whether this is more of a return of China's economic supremacy at the center globally.

The center of all Chinese choices

So, if we really want to understand China's foreign policy and today's goals, we should first understand that the key word of all their choices, as well as their goal, is: to be at the Center. Over the centuries, China has developed a centrality (and therefore a supremacy), vis-à-vis all the states of East Asia, at different levels: cultural through literature, art, writing; bureaucratic-political through the creation of a highly qualified class of senior officials (the mandarins) chosen through merit-based examinations as early as the seventh century; and economic through the economic system of taxes and trade zone outlined in outline above.

Although China today has profoundly changed, it keeps intact the core of its millenary structure at every level and, above all, it still maintains the same primary objective: to return to the Center, this time not of East Asia, but of the whole world.

In place of the emperor, the Communist Party

Today in the place of the Emperor we find the Chinese Communist Party headed by the President Xi Jinping. Like all Chinese "emperors", he will lose his "heavenly mandate" if he fails to hit the target. But what does it mean in today's globalized and multipolar world "to bring China back to the center"?

It means first of all being able to make the China the first world economy. Like? By taking advantage of all that globalization has provided it with. An advantageous position thanks to the low-cost labor at its disposal, large markets to which to sell its products (see Europe and USA) and the use of raw materials for industrial production. In doing so, however, the country led by Xi could soon find itself trapped in the so-called "poverty trap". By raising the wages of Chinese workers, cheap labor may be lacking. However, this wage increase is necessary if China is to become an independent economic power that is not largely dependent on exports.

What is the solution that Xi wants to give to this dilemma?

A well-structured geo-economic and geostrategic plan composed of various strategies:

All this to counterbalance the US strategy of Pivot to Asia. A strategy initiated by Barack Obama, which consists in shifting the focus of US foreign policy to Asia to contain China. The presence of the 7th Fleet of the United States in the Asia-Pacific quadrant is certainly not accidental. Indeed, following the withdrawal of American troops from the Middle East, this strategy is increasingly intensifying. The tensions of recent days in the South China Sea and on the island of Taiwan are only the tip of the iceberg of the effects of this containment strategy.

The importance of Soft Power to return to the center

To the emperors the revocation of the mandate (geming, a word that in Chinese also means "revolution") occurred when they were unable to complete the goals they had set for the country. The same could happen with Xi if the latter fails to bring China back to the center, in every sphere: economic, political, cultural. In this latter context, the use of the soft power also through the 541 Confucius Institutes, a direct emanation of the Government of Beijing, present in 149 countries; or with the purchase of football teams in Western countries, for example.

In summary, whatever the posture that our country and other Western countries want to assume towards the Chinese giant, it is necessary first of all to do everything possible to get to know its history and culture. These are the roots on which the incredible rise that Beijing has been experiencing in recent decades is based. Otherwise, the causes of this incredible growth will never really be understood. Of this return to the center and of the hegemony of this great country that from regional it may soon become global.

As always, it is up to us to decide whether to be proactive, picking up the weak signals to get the most out of the situation in front of us. Or get trapped in the spider's web and passive witnessing the new domination of an underrated and unknown giant. 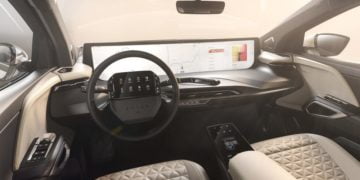 Byton, an industrious Chinese startup, is about to launch its first electric vehicle on the market: the first images ...