Record the activity of neurons to create a "map" of brain functioning and build new 3D Chips on his model. Samsung is embarking on a very, very ambitious undertaking.

Samsung thinks it has a better way to develop brain-like chips: to borrow existing brain structures.

The Korean technology company proposed a method that “copies and pastes” the neuronal wiring map of the brain onto special newly developed 3D neuromorphic chips. The approach would rely on a cluster of nanoelectrodes entering a large volume of neurons to record both where neurons connect and the strength of those connections. You can then copy that data and "paste" it onto a 3D solid-state memory network, whether it's standard flash memory or state-of-the-art memory like resistive RAM.

A brain map that comes from reverse engineering

Each memory unit would have a conductance that reflects the strength of each neuronal connection in the map. The result would be an effective return to “reverse engineering” to obtain a map of the brain. Sort of a throwback, given the fact that "rebuilding the brain from the brain" was scientists' basic approach, Samsung said.

What are the possible applications of this method and these new chips? The move could act as a "shortcut" for artificial intelligence systems that behave like real brains. I'm talking about things like the flexibility to learn new concepts and adapt to ever-changing conditions. According to the researchers of this project, the end result could even lead to sentient and completely autonomous machines.

Are we ready for this?

More than a map of a brain, I have the impression that in Samsung they should try to consult the map of the future more carefully. If only to avoid the risks. There is an obvious problem with the complexity of this project. A human brain has about 100 billion neurons with a thousand times more synaptic connections, an ideal neuromorphic chip would need about 100 trillion units of memory. This is clearly a difficult challenge for any business. Ah! I have not included the "operating system" which should also make this virtual brain work.

It's early for me. Okay, Samsung may have opened a door to human-like artificial intelligence, but it could take a long time for someone to achieve this. 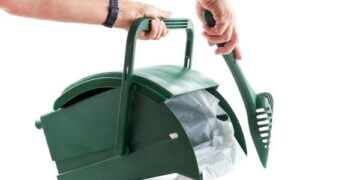 Small inventions, good habits, big changes: PooPail solves the problem of dog waste with a swipe of a broom.