Taking a good number of daily steps is definitely a way to postpone death. Science says so. How many steps? Here is the new figure. 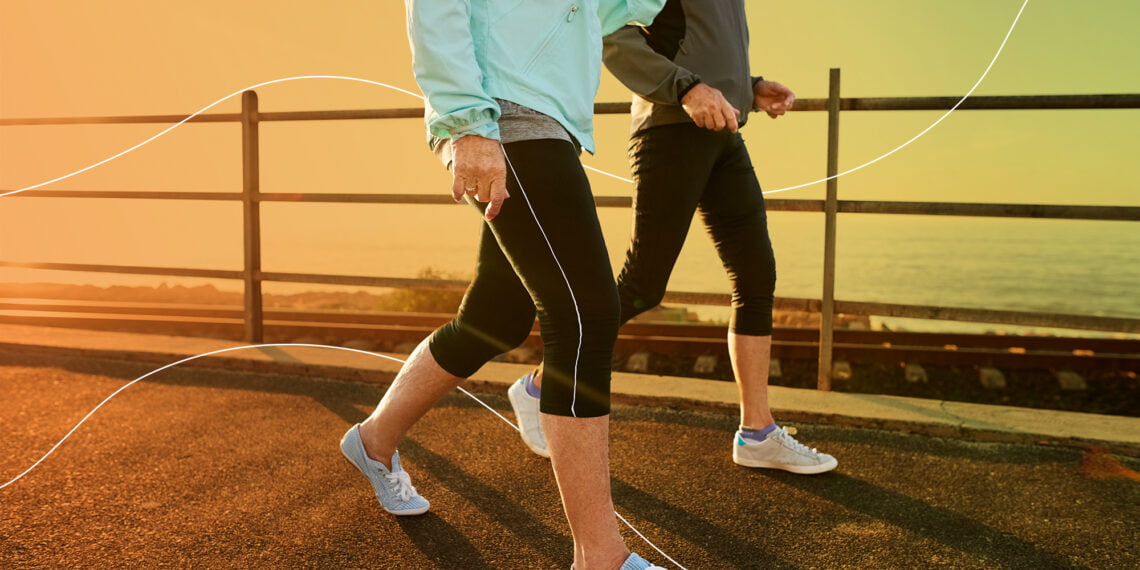 in Medicine, Technology
⚪ Reads in 4 minutes

There is no magic number when it comes to exercise, but that doesn't mean numbers aren't important. After all, numbers are easy and convenient things to remember. And since exercise is something that can be easily quantified, having numbers as symbols of how much exercise we should be doing can play an important role in public health.

When it comes to walking, the most obvious figure many of us think of is 10.000 steps a day. It is a figure that has long been idealized as the goal to be achieved on a daily basis to improve our health.

It is not a far-fetched number, of course. A number of studies in recent years have shown that taking more steps on a daily basis lowers the risk of early death, and it doesn't even matter what the pace is.

Of course, each analysis is slightly different and no two cohorts are alike. For this reason, scientists continue to make fresh, incremental discoveries about how good it is to walk "a few" steps for people, as well as identifying who will benefit and to what extent. But what is this "tot" of steps? And what is the number that comes closest to the ideal quantity?

The latest study on the subject, which is also one of the most important, comes from a team led by the epidemiologist Amanda Paluch at the University of Massachusetts. It involved over 2000 middle-aged men and women from 4 different cities in the USA.

The results are reported on the JAMA Network Open.

The group, with an average age of just over 45, wore accelerometers that monitored their daily step counts and step intensity during their waking hours throughout their lifetime. The experiment lasted a very long time: it started in 2005 and participants were followed up at regular intervals over the years until 2018, when 72 of the original group had died.

The results of the study

While the nature of the study does not lead us to draw firm conclusions about HOW the steps improved people's health, it does help us identify links between activity levels and health outcomes in the global cohort.

More importantly, the researchers found that individuals who took at least 7.000 steps per day had an approximately 50-70% lower risk of premature death compared to those who averaged less than 7.000 daily steps in the experiment.

By itself, the intensity of the steps (by measuring the speed of the steps taken) had no effect on mortality.

Beyond this threshold, no improvement

According to the researchers, increasing the volume of daily steps among the least active in the population may confer maximum protection against mortality, but after a certain point the extra steps seem to have no beneficial effect, at least on that specific outcome.

Taking more than 10.000 steps a day was not associated with a further reduction in mortality risk.

Extract from the study

While the results amply confirm much of what we already knew about the benefits of walking from previous studies, the new 7.000-step threshold is certainly an easier goal to achieve than 10.000 steps for people who don't walk at that level. Many people could benefit from a study like this.

Daily steps: there are no more alibis

"Daily steps is a simple and easy to track metric, and getting more steps per day can be a good way to promote health," Paluch says. "7000 steps / day can be a big goal for many people who are not currently reaching this amount."

Is it the final number? No sir. Real-time monitoring systems will allow new and increasingly precise studies. I am convinced that this figure will change again. The new technologies and the new accelerometers, to say, did not exist in 2005 when the study object of this post was started.

Over the next few years, the number of published articles relating step counting to mortality will accelerate rapidly as many other large cohort studies have completed measuringaccelerometry using a wide variety of research-grade accelerometer devices with 10 years of follow-up or more.

In the meantime, at least 7000 steps can be taken, sorry: they MUST be done.