The foundation that preserves the work of the creator of Star Trek has ambitious projects on the Enterprise and on the entire universe linked to the TV series. 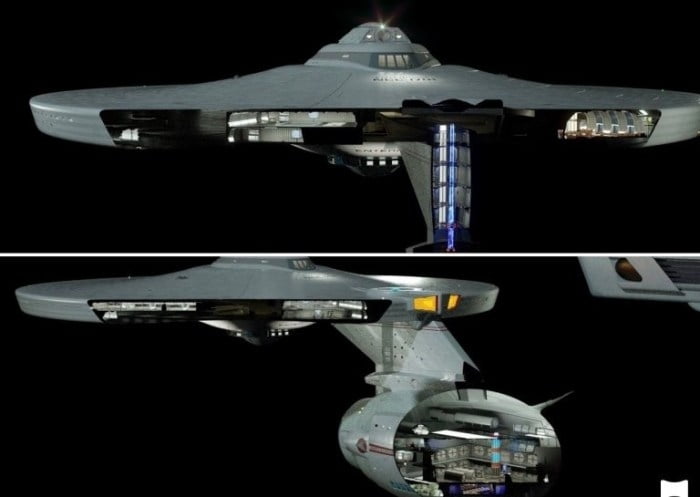 Visit a faithful (and life-sized!) Replica of Captain Kirk's Enterprise - a dream that can come true for any die-hard Star Trek fan (myself included). Touring the legendary spaceship on a holodeck as real and functioning as the one seen in the show? A buzz.

The Roddenberry Archive is a large-scale project that aims to preserve scripts, projects, design documents and study models in a vast digital archive. The Archive's ambitions, however, go far beyond creating a digital home for Gene Roddenberry's work. The project aims to launch a "fully immersive holographic installation" that displays a life-size recreation of the spaceship Enterprise.

In other words, the foundation of the creator of Star Trek wants to create a holodeck similar to Star Trek… to recreate the world of Star Trek.

Everyone on the Enterprise

Yes, it is a very ambitious dream. The Roddenberry Archive has announced a collaboration with Light Field Lab to try to make its vision a reality. Reportedly, Light Field Lab presented in 2019 an exciting but still very embryonic technology, capable of generating holograms of a few centimeters. One thing, in short, far from the possibility of recreating environments as large as those of the Enterprise.

It is not clear when or if the milestone will be reached. The founder and CEO of Light Field Lab, Jon Karafin, he is very cautious: his predictions are vague, he hopes to be able to show the holographic Enterprise "one day".

Meanwhile, the Roddenberry foundation is working on data collection

The difficulties of a technical nature on the oleographic model, however, did not prevent the Roddenberry Archive from creating in the meantime a full-scale digital model of the spaceship.

The project team put together a mix of original studio model recordings, reference designs, manufacturing projects and decades of materials to create a 1: 1 model of the Enterprise, complete with unseen areas of the ship. in the original TV series or movie. The project has already shared some images of this digital enterprise. It is truly an impressive collection of realistic scenes from a Federation spaceship.

As fun as it is to dream of walking into a 1: 1 reconstruction of the Enterprise, I don't forget that the real work of the Roddenberry Archive is obviously centered around preserving Roddenberry's work. Rod Roddenberry, the son of the creator of Star Trek, says the project is in the process of scanning “hundreds of thousands, if not perhaps a million pages” of notes, documents, scripts and behind-the-scenes materials into the digital catalog.

The project also collaborates with the cloud graphics company OTOY to create 3D scans of props and scale models of the Star Trek story. Ultimately, the archive will be much more than a simple collection of documents and artistic interpretations.

It will be a “decades-long collaboration to collect and preserve the legacy of Gene Roddenberry,” says Rod.

Star Trek in the real world

The mammoth nature of the effort and the technologies involved suggest it may take some time before we see the fruits of the Roddenberry Foundation's work. Once well underway, however, the Star Trek universe can find new life for a sea of ​​things.

The future is an Enterprise for anyone who wants to navigate the imagination.

Cut costs and times. It is safe, versatile and sustainable. 3D4Steel, the world's first 3D printer for steel of its kind, ...