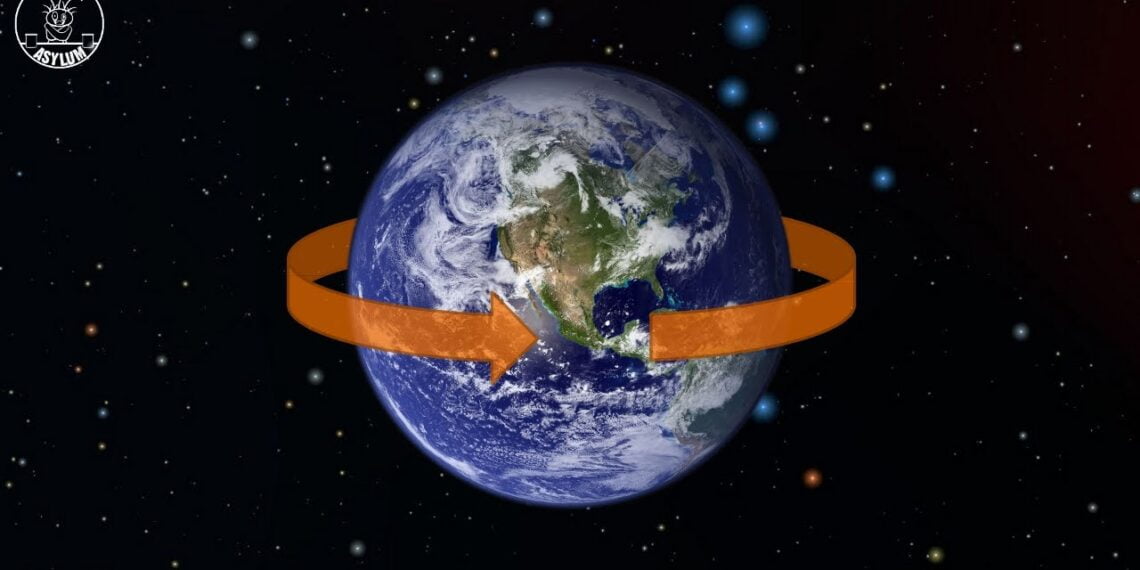 The Earth is constantly spinning like a top, even though we cannot see, touch, feel or feel it. But what if she suddenly stopped spinning? Here is a new episode of the August series "absurd questions you didn't even think you wanted to ask".

If the rotation stopped, the angular momentum of every object on Earth would rip through the surface - it would be a really, really bad day. "It's just mental speculation," he says James Zimbelman, senior geologist emeritus at the National Air and Space Museum Smithsonian in Washington, DC. "There is no natural force that can stop the earth from spinning. This is part of the reason why the planet has been spinning since it formed, which is pretty impressive."

Do you want to go for a ride?

La Terra it completes a complete rotation on its axis every 23 hours, 56 minutes and 4.09053 seconds. If the planet were to stop spinning abruptly, the angular momentum imparted to air, water, and even rocks along the equator would continue to move at a speed of 1700 km per hour (1.100 mph). The movement would tear the Earth's surface to shreds, hurling fragments into the upper regions of the atmosphere and into outer space.

Yes, but what is angular momentum?

Let's take a step back and an example: a passenger in a moving car who stops abruptly will continue to move forward: that is the linear moment. Angular momentum is the same, but with rotation. It is the product of the moment of inertia (the rotational force needed to rotate the mass) and the angular velocity.

"One of the foundations of physics is the conservation of angular momentum," says Zimbelman. "Once something turns, you have to exert the same force in the opposite direction to keep it from turning."

And now, some clarifications about the Earth that stops rotating.

According to Zimbelman, the fragments that would detach from the surface would sooner or later be brought back by the gravitational pull of the planet. Upon impact, of course, these pieces of the earth that has stopped rotating would release more energy: the constant bombardment of these fragments would liquefy the crust into a molten "ocean of rock". Eventually, the colliding fragments would be reabsorbed into this "lava" through a process called accretion.

It's not over here: the rapid and destructive transition would also vaporize most of the water on the planet's surface. Most of this water would be lost, some could be incorporated into newly solidified minerals, such as olivine. Finally, not all fragments would be reabsorbed by growth. Some of the planetary fragments would be swept away by the gravitational pull of the moon, bombarding the nearby satellite and creating countless other craters on its surface.