Can the weight of a glass affect the perceived flavor of a drink? A surprising experiment answers the question. 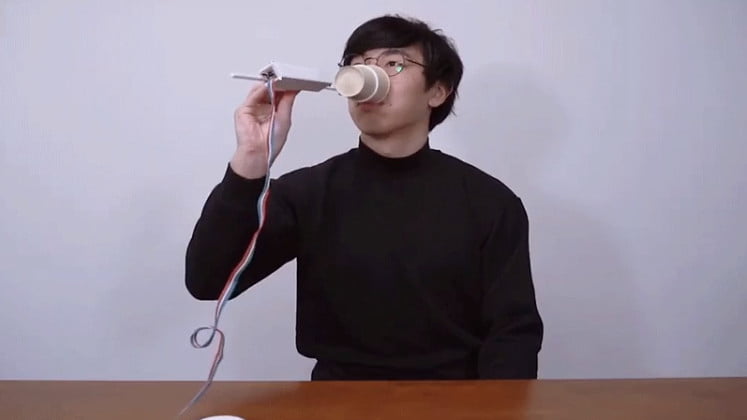 Talented chefs take advantage of the fact that diners eat with their eyes first. This is why they serve the food so that it is as good as it is good. But sight is not the only one of the senses that influences the way in which the is perceived taste: a research team discovered it, with a glass that can change its center of gravity and the weight perceived by those who use it.

A matter of perception

Even an amateur sommelier knows that drinking wine from a glass cup tastes better than drinking the same wine from a paper cup. A myriad of factors influence the experience. In the aforementioned case, the specific shape of the wine glass does a better job of presenting both taste and smell than a paper cup. Glass is odorless, paper and glues used to make a disposable glass are not.

Knowing that wine from a glass cup tastes better than wine from a paper cup can have an unconscious effect on how tastes are perceived later on. The brain itself expects wine "in glass" to taste better. This is what the researcher does Masaharu Hirose dell 'Tokyo University, and his school advisor Masahiko Inami they found out through an unusual experiment.

A glass that "changes" the weight and flavor of the drink

He toured Europe noting how the wines tasted different from country to country. He noticed how the shape and weight of the serving glass also varied. Eventually, Hirose wondered if the same results could be achieved experimentally, but with a glass whose weight could be altered without changing its shape or appearance.

The resulting contraption looks bizarre: a kind of cup holder (so that the cup can be replaced for hygiene reasons) on top of a handle mechanism. The mechanism uses a motorized sliding weight to cleverly change its center of gravity as someone lifts the glass to their mouth to drink. As the weight flows in the direction of the user, the glass feels heavier in the hand. When it slips off, the weight feels lighter.

Hirose and Inami will present their creation and (related research) at the upcoming Siggraph 2021 conference in August. In a video shared on YouTube (found below), the two researchers collect the reactions of a handful of people who have tried this special device, from a larger test group of around 20 people. When they feel the glass heavier, users report a stronger taste. One user goes so far as to say that the same wine he tasted earlier "has become delicious".

The difference in taste is not that huge. A Coke doesn't taste like Sprite in a heavier glass. However, the experiment adds more credibility to the idea that the way food is presented and served can play a major role in its flavor.

Perhaps if Coca-Cola had introduced New Coke in solid steel rather than aluminum cans in the 80s, the recipe change could actually have been a huge success. (No, I don't think it would have been.)