With the help of a synchrotron, a research team measures the mass of a chromosome for the first time in history. And he discovers it's bigger than expected, but he doesn't know why. 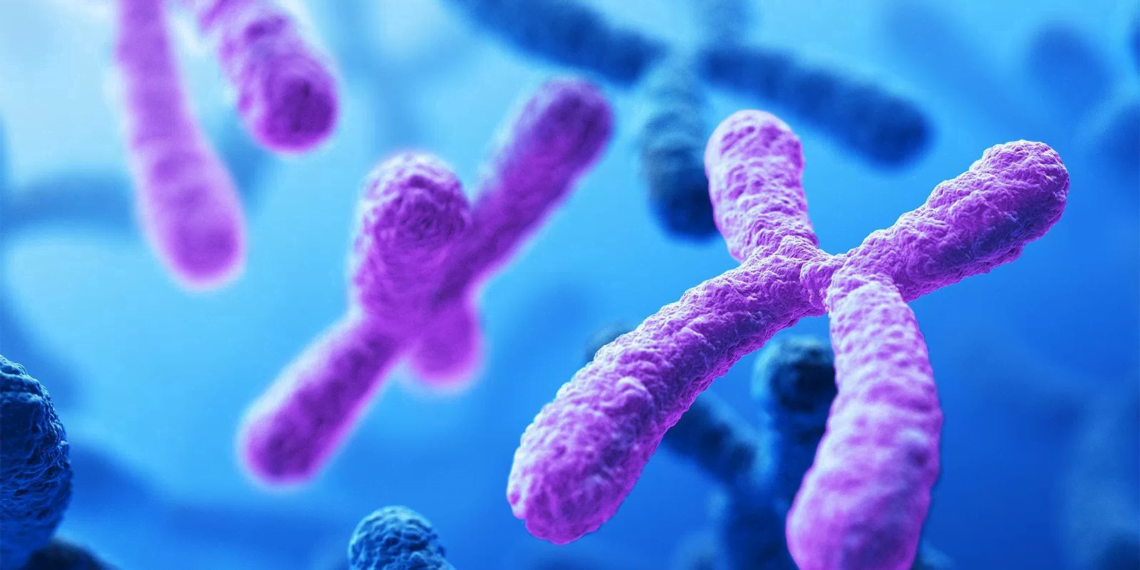 For the first time, scientists were able to accurately measure the mass of the human chromosome.

Using a powerful X-ray source at the UK's National Synchrotron Scientific Facility, the Diamond light source, physicists were able to determine the individual masses of all 46 chromosomes in human cells.

The Diamond Light Source has already appeared on the pages of Futuroprossimo.it, two years ago. On that occasion, the powerful instrument was able to "read" the contents of ancient papyri of Herculaneum still closed.

The masses of the chromosome turned out to be significantly higher than expected (about 20 times higher than the DNA contained in them). Depends on what? There is additional mass from other elements within the chromosome, the researchers say. Unknown elements, yet to be discovered.

"This is the first time we have been able to accurately measure chromosome masses," says the biophysicist. Ian Robinson of University College London.

Our measurement suggests that the 46 chromosomes in each of our cells weigh 242 picograms (trillionths of a gram). It is much heavier than we expectedassimo, indicates an excess mass. A mass at the moment inexplicable.

Chromosomes are small packets of DNA filiform that can be found in the cell nuclei of living organisms.

Each of them contains a molecule of DNA, which in turn contains the genetic instructions for the development and life of that organism. Human beings have 23 pairs in all. To be precise, these are 22 pairs of numbered chromosomes (autosomes) and a pair of sex chromosomes.

Chromosomes prevent DNA from breaking down, helping to maintain its structure during the cell replication process.

They were first discovered in the XNUMXth century and scientists have learned a lot about their role since then, but there are also many things we don't understand.

Research that measured the mass of the chromosome

In this case, the scientists used a particle accelerator called a synchrotron to produce a powerful X-ray beam. When these X-rays pass through the chromosomes, their diffraction creates an interference pattern that the scientists use to create their own 3D reconstruction. high resolution.

The researchers imaged human white blood cells in metaphase (a phase in the cell cycle in which chromosomes are condensing) and just before cell division, when the 46 chromosomes within each cell have tightly packed DNA inside.

It is not entirely clear what could explain the unexpected mass found by the researchers, but finding out would bring incalculable benefits to science, it would be a fundamental step forward.

A better understanding of the chromosome can have important implications for our health.

A large number of studies are being undertaken in medical laboratories to diagnose cancer from patient samples. Any improvement in our chromosome imaging abilities is valuable.

The research has been published in Chromosome Research.