New research provides high hopes for those mildly ill with Covid-19. The antibodies produced by the body are long-lasting, possibly perpetual. 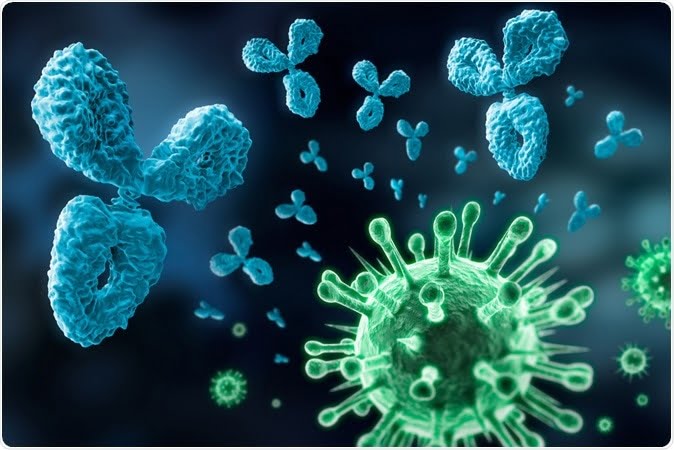 Months after recovery from mild cases of COVID-19, you will still have immune cells in your body, ready to produce a response to the virus.

These are the results of an antibody study by researchers at the Washington University School of Medicine in St. Louis. Such cells, this is the keystone, could persist throughout life.

The results, published on May 24 in the journal Nature, suggest that mild cases of COVID-19 leave long-lasting antibodies, and that subsequent bouts of the disease are likely to be rare or none at all.

"Last fall, there were reports that antibodies drop rapidly after falling ill with COVID-19. The mainstream media took this as a sign that immunity was not long-lasting. But this is a misinterpretation of the data. "says the senior author Ali ellebedy, PhD, associate professor of pathology and immunology, of medicine and molecular microbiology.

It is normal for antibody levels to drop after acute infection, but they do not drop to zero. They stabilize.

We found antibody-producing cells in people 11 months after the first symptoms. These cells will live and produce antibodies for the rest of people's lives. Strong evidence of long-lasting immunity.

During a viral infection (specifically, SARS-CoV-2 that produces mild cases), the immune cells that produce antibodies multiply rapidly and circulate in the blood, driving antibody levels to the sky.

As the infection resolves, most of these cells die and the antibody levels in the blood drop. A small population of antibody-producing cells, called plasma cells long-lived, they migrate to the bone marrow and settle, where they continually secrete low levels of antibodies into the bloodstream to protect themselves from another encounter with the virus.

The key? The bone marrow

The key to understanding whether COVID-19 leads to long-lasting antibody protection, Ellebedy realized, lies in the bone marrow.

The team had already enrolled 77 participants who were giving blood samples at three-month intervals starting about a month after the initial infection. Most of the participants had had mild cases of COVID-19. Only six had been hospitalized.

With the help of Pusic, Ellebedy and colleagues obtained bone marrow from 18 participants seven to eight months after their initial infections. Five of them returned four months later and provided a second bone marrow sample. For comparison, the team also collected bone marrow from 11 people who had never had COVID-19.

The results of antibody research

Cells were also found four months later in the five people who returned to provide a second bone marrow sample.

None of the 11 people who had never had COVID-19 had antibody-producing cells in their bone marrow.

"People with mild cases of COVID-19 clear the virus from their bodies two to three weeks after infection," says Ellebedy. "These cells don't divide. They are quiescent, found only in the bone marrow and secrete antibodies. They have done so since the infection cleared and will continue to do so indefinitely."

The well-founded hypothesis, therefore, is that infected people without symptoms or with mild symptoms will have a long, perhaps perpetual duration, immunity.

What still needs to be checked for those who have suffered a more serious infection, and especially for the vaccinated.