To protect them from the cold, the apple trees in Valtellina are intentionally frozen. In extreme climates, extreme remedies. 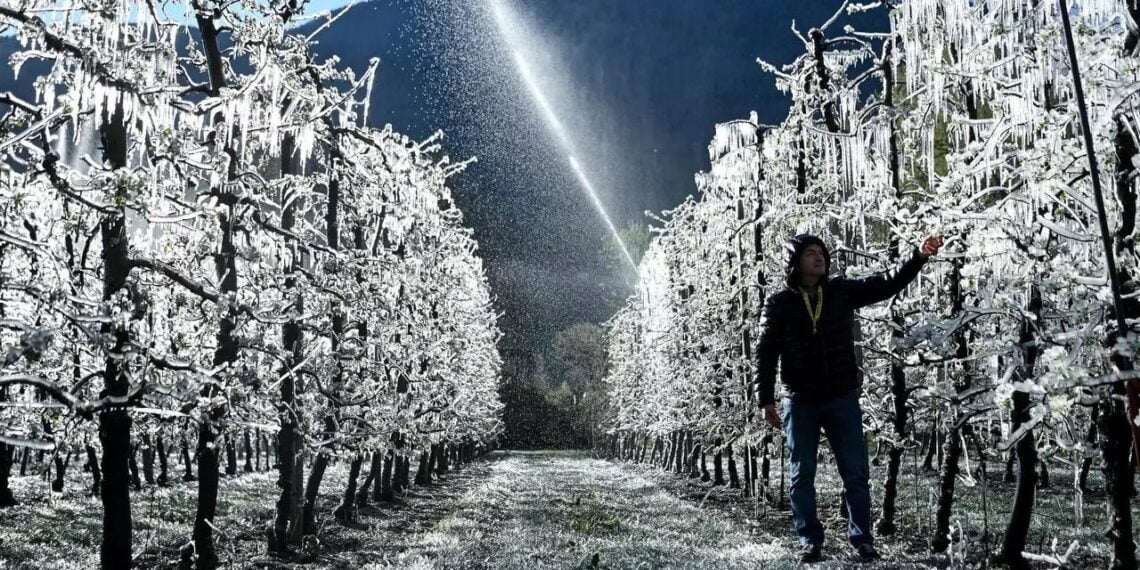 The apple trees are covered with a layer of ice - photo by Piero Cruciatti, AFP

The apple trees in the orchard of La Palazzetta sparkle like diamonds in the spring sun, deliberately covered with ice to protect them from the cold.

"Last night we saved 5000 tons of apples with this method throughout the Valtellina," he says Jacopo Fontaneto, of the local branch of the agricultural organization Coldiretti.

At first glance it seems counterintuitive to freeze apple trees to protect them from a sudden drop in temperatures. But this is what happened just this week, given the crazy weather that led to a sudden drop of even 15 degrees compared to the seasonal averages.

"It's simple: we use the existing irrigation system to irrigate the plants when temperatures drop to freezing. The ice that forms around the apple trees provides thermal insulation," Fontaneto told Associated France Press.

It allows to keep that temperature unchanged. Otherwise, it would drop to minus three or minus four degrees Celsius overnight, destroying the flowers (and therefore the fruit).

A few days earlier the averages were higher than the seasonal ones in an early spring, and now a sharp drop. A climate that, in spite of the cold moments, has totally gone mad (think of the dangers brought by the changes that gulf stream is undergoing).

There are those who light bonfires to heat crops

Coldiretti he warned that the frost has reduced almost half agricultural production in some areas, involving in addition to apple trees also apricots, peaches, strawberries, kiwis and some vegetables.

While some farmers freeze apple trees, others light bonfires at night to warm their crops, at huge expense.

Climate events, including floods and rapid changes between sun and bad weather, have hit Italian agricultural production hard. In the last decade alone, the losses caused amounted to 14 billion euros.

The turnaround is essential.