The Gulf Stream has never been this slow in the past 1600 years. A problem that is getting worse and can lead to incalculable consequences. 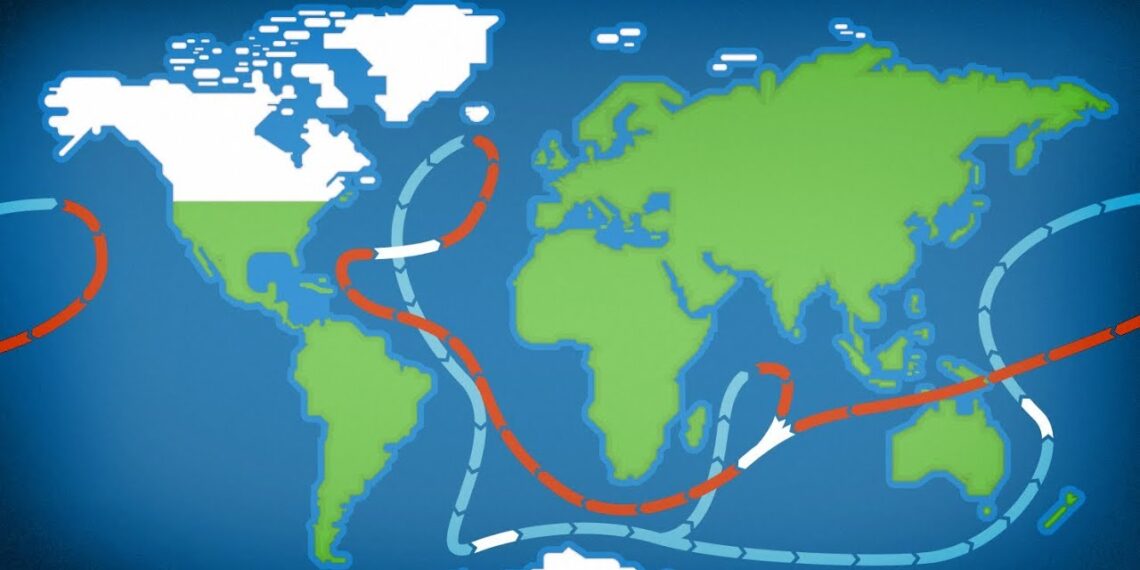 In more than 1.000 years, the Gulf Stream has never been so weak: it is the result of a new study conducted by Irish, British and German scientists.

The researchers compiled a sea of ​​data taken mainly from natural archives such as ocean sediments or ice cores, dating back many hundreds of years to reconstruct the history of the Gulf Stream.

The slowdown of this current is unprecedented in the last millennium.

This gigantic ocean circulation system, we could even call it an oceanic conveyor belt, has gigantic importance. The Gulf Stream is relevant for weather patterns in Europe and for sea levels in the United States. And its slowdown is also associated with a cold spot seen in the North Atlantic and other problems further "down" in the Gulf of Mexico.

The Gulf Stream functions as a giant conveyor belt, carrying warm surface water from the equator to the north and sending cold, low-salinity water back south. It moves nearly 20 million cubic meters of water per second, nearly 100 times the flow of the Amazon.

Stefan Rahmstorf of the Potsdam Institute for Climate Impact Research PIK, promoter of the research that will be published in Nature Geoscience, has been studying the Gulf Stream for years.

Previous studies by Rahmstorf and colleagues showed a slowing of the ocean current by about 15% since the mid-XNUMXth century, connecting it to the human-caused global warming. And the current situation does not suggest any turnaround for this path, on the contrary.

Gulf Stream Current Situation: Now there is an overview

Until now, there was no solid picture of its long-term development - that's what the researchers are trying to provide now.

“For the first time, we combined a number of previous studies and found that they provide a coherent picture of the evolution of this ocean current over the past 1600 years,” says Rahmstorf. “The results of our study suggest that it was relatively stable until the late 1850th century. With the end of the Little Ice Age around XNUMX, ocean currents began to decline, with a second more drastic decline following the mid-XNUMXth century. "

Already the 2019 Intergovernmental Panel on Climate Change (IPCC) special report on oceans concluded that the Gulf Stream had weakened compared to 1850-1900.

"The new study provides further independent evidence for this conclusion on gulf currents and places it in a long-term paleoclimatic context," adds Rahmstorf.

Why is the Gulf Stream slowing down?

A slowdown in the Gulf Stream has long been predicted by climate models as a response to global warming caused by greenhouse gases.

According to a number of studies, this is probably the reason for the observed weakening. Increased rainfall and faster melting of the Greenland ice sheet add fresh water to the ocean's surface. This reduces the salinity and therefore the density of the water, thus weakening the flow of the Gulf Stream.

The consequences of the slowdown

The slowdown in the Gulf Stream could have negative consequences on both sides of the Atlantic.

In the USA, the current leads to a deviation of the water masses away from the east coast. As it slows down, this effect weakens and more water may accumulate leading to a rise in sea level. Big risks for coastal cities, in summary.

In Europe, a further slowdown in the Gulf Stream could imply more extreme weather events such as a change and increase in winter storms from the Atlantic. Other possible consequences include extreme heat waves and a decrease in summer rains.

“If we continue to lead global warming, the Gulf Stream it will weaken further, from 34 to 45% by 2100, according to the latest climate models ”, concludes Rahmstorf. This affects both the Gulf of Mexico Current and the other branches.

This could bring us close to the tipping point where the flow becomes unstable.

Okay, maybe it won't be a full-blown condom, but the concept comes very close to it: NASA ...