A team from ETH Zurich is testing two types of wood modified for energy. It will be the perfect material for a smart floor, and so much more. 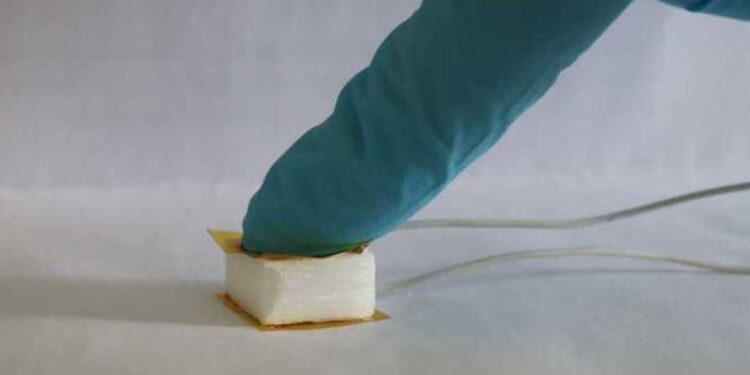 There are countless sources of energy around us, if only we can figure out how to harness them. A Swiss team showed an eco-friendly way to make a spongy wood floor that generates electricity with every step.

The material works by using what is called the piezoelectric effect. The material in the floor is compressed under mechanical stress and the positive and negative charges separate on opposite surfaces. The result is energy.

If you make a floor with these materials, you can think about gathering energy from the steps as people walk on them.

I've heard a similar thing before: is it the same?

No. The principle of this new intelligent floor is different from that of the floors "triboelectrics"Already seen. In that case, electricity is generated through friction as nanofibers rub against each other.

This principle has been put into practice in PaveGen's pavement tiles and its soccer fields that power their own lights.

In new studies, researchers from ETH Zurich and EMPA investigated the piezoelectric potential of a common building material: wood. It's not normally flexible enough to generate a lot of electricity, so the team developed a way to give it elasticity.

They exposed the wood to a process called "delignification". Lignins are natural polymers that act as support structures in plant cells, especially wood and bark, which keeps them stiff and strong. Removing some of these lignins made the wood much more spongy. Now it can be easily compressed and then returned to its original shape.

Tests for the smart floor

In the first test, the team immersed the wood in a hydrogen peroxide and acetic acid bath. In the second they experimented with a gentler method, using a mushroom called ganoderma applanatum, which causes lignin to rot from wood.

Both types of spongy wood have been tested in the laboratory as a piezoelectric generator.

The wood obtained from the acid bath

The first “prototype” was a cube with a side of about 1,5 cm. The wood obtained from the acid bath generated about 0,63 V. This is enough to power a small sensor. When the team created a “mini floor” by putting 30 of these blocks together and making us grow the weight of an adult, the system produced enough power to turn on an LCD.

The second prototype of the proto floor worked even better: a cube of the same size produced a maximum voltage of 0,87V. The other advantage of this method, not least, is that it harms the environment less.

The study suggests that this type of wood sponge generator could be useful for both a smart floor and wearable sensors. All sorts of applications are possible, however: in another recent study, for example, the team tested a wood that can glow under UV rays.

The research on the spongy wood floor was published in the magazines ACS Nano e Science Advances.

The most recent act of the yellow vest protests is striking: firefighters beaten by police. Emblematic fracture of ...