A natural feature of freshwater mussels allows, thanks to a motion sensor, to obtain precise monitoring of river pollution. 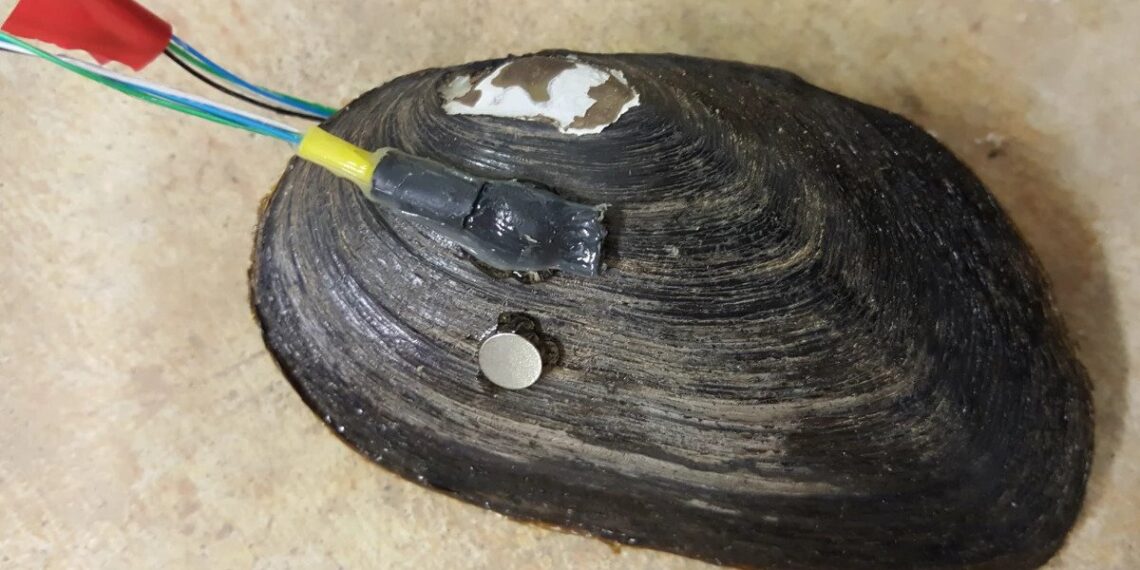 When toxins are present in a stream, freshwater mussels are one of the first creatures to react. For this reason, the researchers decided to exploit this attitude.

A new motion sensor mounted on mussels has been designed with this very purpose: it will make them a means of detecting water pollution early.

Mussels feed by opening their shells, then filtering tiny organisms out of the water. And although mollusks typically live in groups (also called beds), members of those groups usually don't all feed at the same time. This means that they typically open and close their shells independently of each other.

But there is a peculiarity: if a noxious water-based substance flows through a group of mussels, they will all suddenly close their shells at the same time. And this is where the new motion sensor comes into play.

A motion sensor for cyborg mussels

Designed by a team from North Carolina State University, the motion sensor consists of two connected inertial measurement units (IMUs). One IMU is attached to one side of the mussel shell and the other to the other side. Each of the sides contains an accelerometer and a magnetometer.

When the mussel closes the shell, the two IMUs detect the action, as the angles of both sides of the shell suddenly change. Therefore, if multiple mussels in a single bed are equipped with sensors, it is possible to tell whether they close all their shells at the same time.

All sensors for a group could be wired to a pole-mounted solar processor within a stream. That unit in turn would continuously transmit data over a cellular network. If a group shell closure was detected, authorities could immediately begin looking for the source of the toxin that allegedly caused it.

Laboratory tests on the motion sensor

When tested on freshwater mussels in fish tanks, the motion sensor constantly detected shell movements down to less than one degree. This technology could conceivably track dozens of "cyborg mussels" simultaneously, allowing for granular precision monitoring.

“Our goal is to create an 'Internet of mussels' and monitor their individual and collective behavior,” says prof. Alper Bozkurt, who leads the study together with prof. Jay Levine. "This will eventually allow us to use them as environmental sensors or sentinels."

A paper on the research was recently published in the journal IEEE Sensors Letters.