Prince of science fiction, human teleportation is a "technical magic" that still seems a long way off. But is it possible? It will be possible? Here is the state of the art 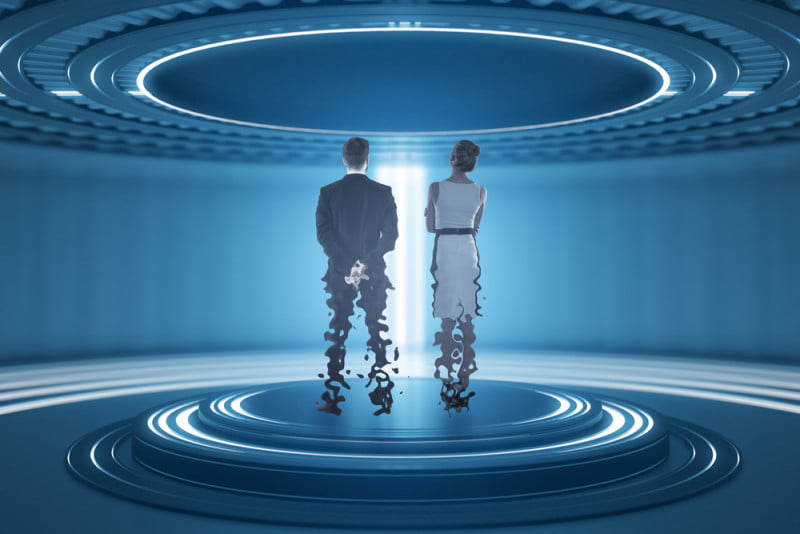 Teleporting humans presents enormous technical and philosophical challenges. A recent experiment has achieved exceptional precision in quantum teleportation over a distance of over 40 kilometers.

Could human teleportation be possible with technological advances in processing huge amounts of data?
How close are we to the teleportation of humans?

Scotty, teleport for two. With ice.

This staple of science fiction assumes the eventual existence of a veritable "technical magic", whereby humans are scanned, disassembled and immediately reassembled particle by particle in a completely different position.

An easy and instant way to travel, assuming that some crucial parts of you don't get lost in the process.

Researchers have made progress towards this goal, but on a very small scale. They have achieved successes in teleporting photons (particles of light) and atoms such as cesium and rubidium. But how ready are we to see people teleporting here and there?

Teleportation exists. But it is above all a (big) philosophical problem

What does it really mean to teleport someone? Suppose you are successfully making a teleporter device that can send a person from one place to another. When that human arrives and reappears at their destination, will they actually be the same person?

Shouldn't anyone who enters a teleporter first be "destroyed", atom by atom, before a copy of it is recreated at its destination? As such, does teleportation require some sort of "murder" on the one hand and "rebirth" on the other?

And that second person, albeit with the exact same atoms and thoughts, is it really exactly the same or is technically a kind of clone of her?

And if teleportation forces us to create clones of ourselves (potentially countless), where really is the person who first disappeared in the teleport? The theoretical physicist Michio Kaku on the subject he said “if you have just seen the original die and you believe in a soul, where did that soul go? If that person is 'dead', then who is this impostor who has reappeared? "

Ideas for a Netflix series, I guess.

Teleportation, a matter of information

While raising such noble objections, Michio Kaku himself thinks we will be able to overcome them within the next 100 years, and potentially make human teleportation possible.

So far, as I said, of all the imagined teleports, scientists have been able to achieve mainly quantum teleportation. This type of teleportation carries information properties between particles rather than real matter. A technology that can lead to uses such as the creation of a quantum Internet, a next-generation Internet with blazing speeds and extraordinary accuracy and security.

In a very recent development (late 2020), scientists were able for the first time to teleport quantum information on a 40 kilometer fiber optic network, with 90% accuracy.

The information shared was in the form of photon qubits: two-state systems that are basic units of quantum information. They are shared over long distances via quantum entanglement, which connects two or more particles together. Although very distant, the information encoded in a pair of intertwined particles is teleported.

(find it here) was conducted by Fermi National Accelerator Laboratory, a US Department of Energy national laboratory affiliated with the University of Chicago.

One of the co-authors of the paper, the Fermilab scientist Panagiotis Spentzouris, who heads the Fermilab quantum science program, explained the significance of the quantum teleportation results.

We are thrilled with these results. This is a key event on the road to creating a technology that will redefine the way we conduct global communication

If successful, the quantum Internet could lead to a communications revolution, transforming computing, data storage and precision sensors. For this the attempts are many and will intensify in the near future.

The journey into a diamond

Prior to this achievement, teleportation experiments included attempting Part 2019 by Japanese researchers to send information into the lattices of a diamond. The team used a nitrogen nano magnet to transfer the polarization state of a photon to a carbon atom, effectively teleporting it.

A leap into the sky

In another long-distance venture, in 2017, Chinese scientists were able to teleport photons to a satellite over 500 km high. To do this, they created a pair of photons on Earth, then transmitted one of the entangled-coupled photons to the satellite. To make sure they were still connected, the researchers measured both photons. In several million attempts, positive results were obtained in911 almost. If we were to teleport humans we would certainly want a higher success rate.

How difficult would it be to teleport humans?

In fact, a funny 2013 study by physics students at the University of Leicester tried to prove this. In truth, the experiment was limited to calculating how difficult it would be to carry the information of each human being.

And things are already complicated.

The transferable data for each human would consist of the pairs of DNA that make up the genomes in each cell.

Therefore, the total data for each human cell would be around 1010 bits (b), while the data for a complete human would be around 2,6 x 1042 b. Sending this huge amount of data would require a type of computer technology that we haven't yet invented. For the 2013 technology standards used by students, data transfer for a single human (with a bandwidth between 29,5 and 30 GHz) would take up to 4,85 × 1015 years, much more than the age of 'universe.

If you hope that one day it will happen, you are not crazy and you are not alone. In the aftermath of a successfully completed quantum teleportation in 2024, Professor Ronald Hanson of Delft University in Holland said:

If you believe that we are nothing more than a collection of atoms bound together, then in principle it should be possible to teleport from one place to another. In practice it is extremely unlikely, but to say that it will never work is very dangerous. I would not rule it out: there is no fundamental law of physics that prevents it. If it ever happens, it will be far in the future.

How far this feature will be is up for debate. For reference, "Star Trek", the show that made teleportation famous, it was set between the 22nd and 24th centuries.

Let's see if our imagination can reach reality. 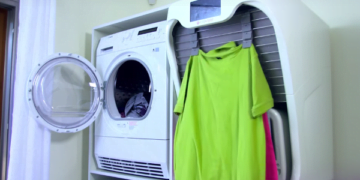 Houseworkers know this well: ironing and folding clothes is often the most expensive task. For...