The news of the newborn Google Workers' Union changes the cards in the management of the work of the Mountain View house. And not only. 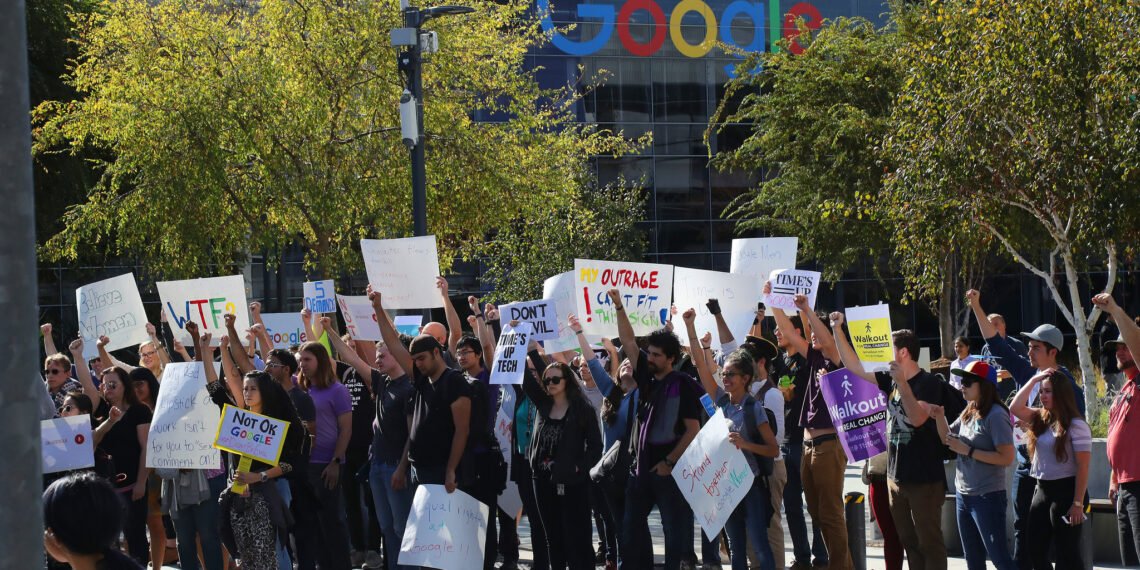 Alphabet employees have long clashed with company executives pushing for change, but the mobilization efforts were short-lived. Now, the Alphabet workers union (and therefore also Google) hopes to be able to create long-lasting effects.

The word "union" has the power to make us go back to the last century, in a season of civil rights won at work and for work. Hearing "Google Syndicate" has a strange effect.

Only until recently were we all fascinated by the narrative of these “trendy” and unconventional workplaces. There was talk of flexible hours, bizarre and fairytale benefits for workers, and the Silicon Valley it looked like a pristine island.

If you are looking for the lit log, scratch under the ashes.

It wasn't all gold. There was also some marketing. And as in all large workplaces, everyone's needs require listening. For this reason the news of a Google syndicate (more: an Alphabet syndicate, which is a bit like the mother ship of all the companies born from Brin and Page) is epochal.

It shows that, like it or not, the future is built only around people. Maybe bypassing them (I hope not), but you can't avoid taking them into account.

"Our hope is that through a Google union, the structure and resources they will be able to provide us and the skills acquired, we will be able to continue this struggle for years to come," he says. Parul Koul, executive president of AWU and software engineer at Google.

The Google union, backed by Communications Workers of America, was announced on Monday after years of long-standing tensions between executives, employees and contractors of all ranks.

In 2018, Google employees wrote a letter to the CEO Sundar Pichai calling for an end to a partnership between Google and the Pentagon. That same year, employees around the world staged a walk-out to protest the way the company handled executives accused of sexual misconduct, including a $ 90 million exit package for the former leader of Android Andy Rubin.

Protests also took place in 2019 in support of two employees under investigation on retaliation charges. Most recently, employees created a petition to support the artificial intelligence researcher Timnnit Gebru, who said she was fired over a dispute over a research paper.

“There are so many examples of workers coming together and mobilizing,” Koul says. “These mobilizations depend on these individual and spontaneous moments. A Google union can sustain this energy in the long run. So far it has been really difficult: the strike, for example, has formulated six very broad requests and only one of them has really been fulfilled so far “.

As of today, the Google union has only a fraction of employee support, “just” 226 members as of yesterday, but it could grow rapidly.

In total, Alphabet has more than 130.000 employees worldwide.

The Google union will still be open to all employees and contractors, regardless of role or classification, with the intent of addressing issues such as pay and job transparency.

“The Google union wants to be a democratic and open organization,” says Koul. “An organization for all workers. And I hope that Alphabet executives will be able to commit in good faith to listen to him ”.

Already. What do the managers say? “We have always worked hard to create a supportive and rewarding work environment for our workforce,” he says Kara Silverstein, director of personnel operations at Alphabet.

“Of course our employees have the rights of the protected workers that we support. But as we have always done, we will continue to engage directly with all our employees ”.

A "frontal" change that cannot be without general consequences. The Google union brings the bar back to the subject of work, evidently reduces a certain form of "versatility" and "verticality" in Big Tech companies.

Perhaps in the medium term it will also affect its development, but it is a question of profits, not of people.

In general, I think the news of a Google union is excellent. You?

Calling it 'restyling' is mortifying: after a thorough renovation above and under the hood, the Hyundai i30 presents itself ...