The future "Solarpunk" of Mexico City

Urban greening, work reintegration, environment and innovation: in other words, Solarpunk. Here is a poster example of vertical gardens for Mexico City. 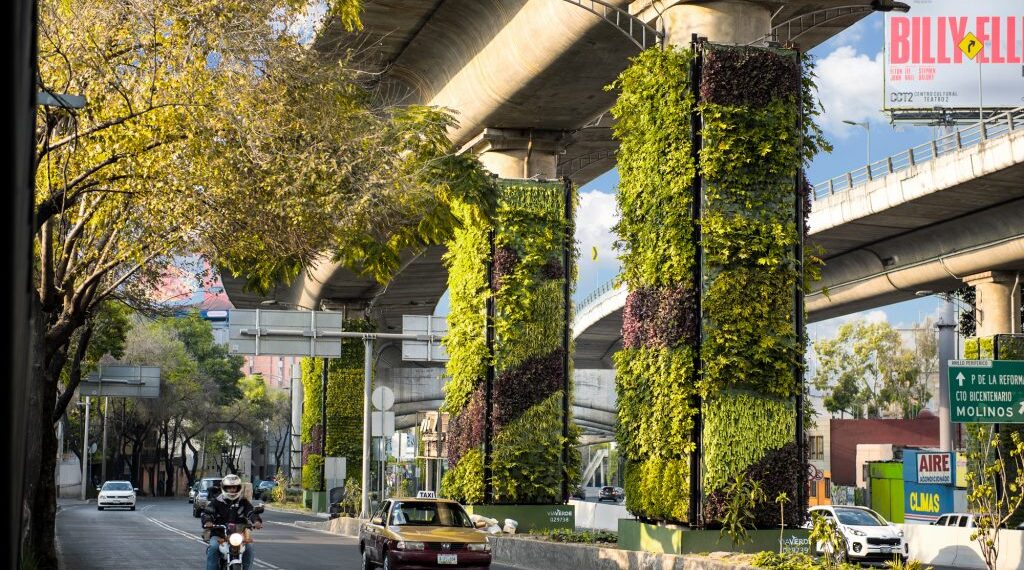 A beautiful model of social action that brings together collective commitment, work reintegration and the development of urban green can give us some advice on how to move in the near future.

Mexico City will measure itself with a vertical garden project that shows how progress in the year zero 2021 does not concern individual wealth but collective development. A Solarpunk project!

A few words about Solarpunk

Solarpunk is a cultural and artistic movement that promotes an optimistic and progressive vision of the future, with a particular focus on renewable energy and new sustainable technologies. If you want to know more click here.

The future Solarpunk of Mexico City has arrived. A new urban greening project called Via Verde will work with VERDEVERTICAL to install vertical gardens on 1000 busy highway pillars across Mexico City.

By 2030, many cities are aiming for a milestone that we can set a new standard. Make sure that cities around the world have a minimum of 9 square meters of green area per inhabitant, which is the WHO recommendation. Since the trend of cities is to transform the few existing green areas into buildings, the goal is simply to "verticalize" the green to establish a perfect and balanced synergy between nature and the city.

MVRDV, first tree for the art gallery with a forest on the roof.

Solarpunk projects and vertical gardens in urban areas could not only absorb CO2, pollution and smog (if the right plants are selected), but also absorb heat, add biodiversity and reduce noise pollution.

Via Verde will use a self-sufficient irrigation system, low water consumption plant species and will collect rainwater.

"Via Verde" is not only Solarpunk and eco-sustainable, but socially sustainable. Guests of the Santa Marta Acatitla Women's Social Reintegration Center and guests of a Preventive Detention Center will literally cover Mexico City in green.

How? By "sewing" the hydroponic textile substrate made from 100% recycled plastic: the infrastructure will hold the plants in place around the pillars of freeways and expressways.

Any useful future scenario should combine environmental AND social innovation. And there is no example of that represented by the mission of urban greening.

Post Covid cities they are recovering public spaces for pedestrian traffic. Fewer cars, less pollution, more human dimension (with an example above all: i superblocks). Giving these spaces a strong green connotation could have an impact on our psychological well-being and could help reduce inequality in impoverished urban areas.

Better air, new jobs and training in a new solarpunk future. In Mexico City as elsewhere. Be it plants or that food can also be grown.

I would very much like to see it, this future Solarpunk.