Forensic investigations, insurance practices and other applications: unreliable polygraph and other questionable methods. A new method uncovers lies and liars in an ethical and effective way. 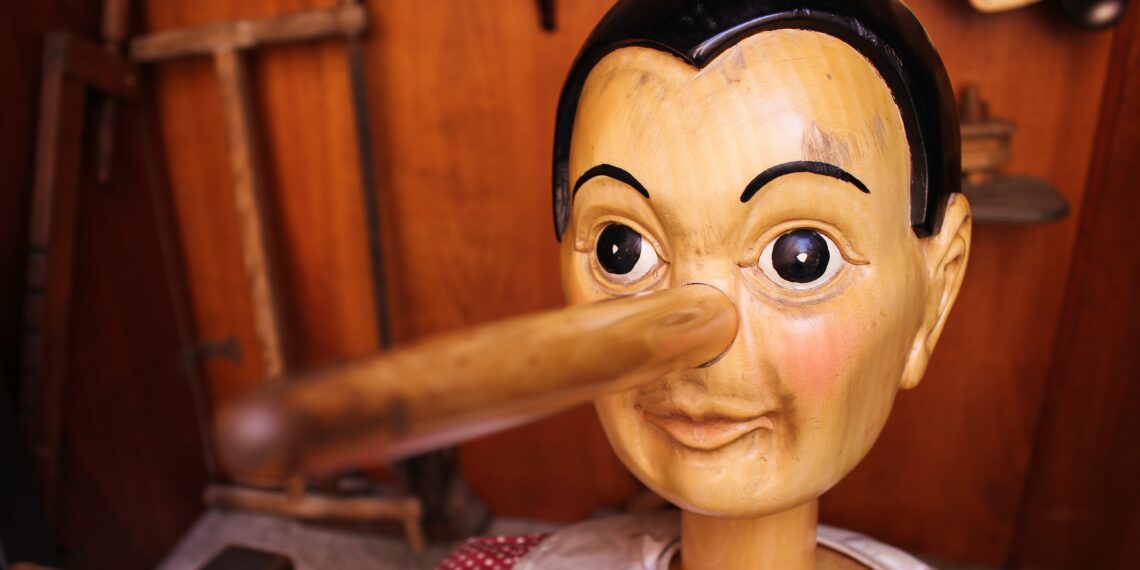 in Communication, Society
⚪ Reads in 5 minutes

Most people lie from time to time. Often trivial and irrelevant lies, such as pretending to like a gift. But in other contexts the lie is more serious and can have harmful effects: from a social perspective, it is better to detect these lies than to ignore and tolerate them.

Unfortunately, it is difficult to track down dangerous liars with precision. Lie detectors such as polygraphs, which work by measuring the level of anxiety in a subject while answering questions, are considered "theoretically weak" and of questionable reliability.

This is simply because, as any traveler questioned by customs officials knows, it is also possible to be anxious without being guilty.

A new ethical and effective approach to detecting lies

A team from the University of Portsmouth has developed a new "ethical" and effective approach to detecting liars. Detect lies with interview-based techniques and psychological manipulation. The results were just published in the Journal of Applied Research in Memory and Cognition.

The technique is part of a new generation of cognition-based lie detection methods that are increasingly researched and developed.

These approaches postulate that the mental and strategic processes adopted by truth tellers in interviews differ significantly from those of liars.

Using specific techniques, these differences can be amplified and detected.

One of these approaches is a technique called Asymmetric Information Management (AIM). Essentially, it is designed to provide suspects with a clear means of proving their innocence or guilt to investigators by providing detailed information.

Details are the lifeblood of forensic investigations and they can provide investigators with new facts and witnesses for questioning. Importantly, longer, more detailed statements typically contain more clues to a lie than short statements.

Basically, the AIM method involves informing suspects of these facts. Specifically, interviewers make it clear to respondents that if they provide longer, more detailed statements about the event of interest, the investigator will be able to better detect whether they are telling the truth or lying.

For those who tell the truth, this is good news. For liars, this is bad news.

How the AIM method for detecting lies works

In fact, research shows that when suspects are given these instructions, they behave differently depending on whether they are telling the truth or not. Lie detectors typically try to prove the innocence of those tested, and commonly provide more detailed information in response to such instructions.

On the contrary, liars want to hide their guilt. This means they are more likely to strategically hide information in response to AIM instructions. The liars hypothesis (totally correct) is that providing more information will make it easier for the investigator to detect their lie. This is why they provide as little information as they can.

This asymmetry in the responses of liars and truth tellers (hence the AIM technique takes its name) suggests two conclusions. When using AIM instructions, if the investigator is presented with a potential suspect who provides a lot of detailed information, he is likely to be telling the truth. Conversely, if the potential suspect is lying, the experimenter is usually presented with shorter statements.

But how effective is this approach?

Preliminary research on the AIM technique has been promising. For the study, the team recruited 104 people who were sent on one of two secret missions to different locations in a university to retrieve and / or deposit intelligence material.

All respondents were then informed that a data breach had occurred in their absence. They had become suspects.

The suspected liars then went through an interview with an independent analyst. Half of the suspects were told to tell the truth about their mission to convince the interviewer of their innocence. The other half was told that they could not disclose any information about their mission and that they would have to concoct a cover story about where they had been at the time and location of the breach to convince the analyst of their innocence.

They were then interviewed and the AIM technique was used in half of the cases.

When the AIM technique was used, it was easier for the interviewer to spot liars. In fact, the accuracy rates of lie detection increased from 48% (no AIM) to 81%. Nothing to do: those who tell the truth provide more information.

Remembering information can be difficult, and truth tellers often have a hard time recalling it.

Memory tools known as "mnemonics" may be able to improve this process. For example, if a robbery witness has provided an initial statement and is unable to recall further information, investigators might use a "switch perspective" mnemonic (asking the witness to think about the events from someone else's point of view) . This can help to find new information, not recalled until then.

A technique that also helps to tell the truth

If this is the case, the new lie detecting technique could become even more accurate to be able to detect the verbal differences between a truth teller and a liar.

In any case, the method is a very interesting approach: ethical, non-accusatory and information-gathering.

The AIM instructions are simple to understand, easy to implement, and look promising. Although initially tested for use in interviews with police suspects, such instructions for detecting lies could be implemented in a variety of contexts, such as insurance claims facilities.