In the eternal movement of the continents, sooner or later (later) we will find ourselves in a new Pangea. How will it be? Here is the map of the future world. 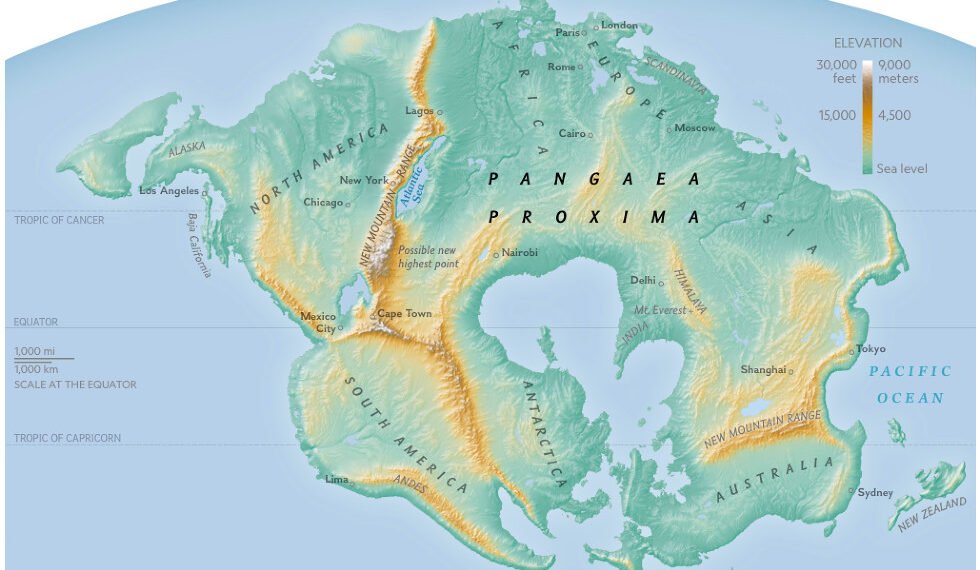 For us humans, the shape and position of the oceans and continents seem fixed. But that's only because our lives are so short.

For at least a couple of times, all the dry fragments of our planet came together. The result? One giant island in one giant sea. About 200 million years ago, Pangea è was the latest iteration of this recurring supercontinent on the world map. That profound story will repeat itself in the future world: in another 250 million years we will have the next supercontinent. We already have the name: Pangea Proxima .

Here's what the future world map will look like

The Americas will be attached to Africa to the north and Antarctica to the south; Africa will hit Europe and the Middle East; Australia will be welded to East Asia. The gigantic continent will lie on the remnants of the Indian Ocean, now an inland sea that will mirror the former Mediterranean. In the future world map, India will become a kind of old Italy.

The new highest point in the world will no longer be found in the Himalayas, but in the yet unnamed mountain range that will rise at the point where the US states of Florida and Georgia will "crash" into South Africa and Namibia.

No problem for those who will have to rewrite the maps: because there won't be.

There are unlikely to be humans around to witness the reunification of the earthly masses of the future world. We will be lucky to survive in the next century, not to mention the current millennium: but the map of the future world still includes some cities today, like this: to orient ourselves.

Or should I say "to get confused"? In Pangea Proxima, Cape Town and Mexico City are just a day's drive away. Lagos is located north of New York, and both are close to the Atlantic Sea, the shrunken remnants of the ancient ocean. My Naples will be an inland city. And you could travel from Sydney to Shanghai and then to Tokyo without having to cross a single body of water.

Europe became attached to Africa and Great Britain (despite Brexit) returned to Europe. One thing on the future world map has remained almost the same: New Zealand. It is still an island, and it forever threatens to fall to the bottom right of the map of the future.

Yes, because whatever the map of the future world will be, the earth will still be flat, right? : D 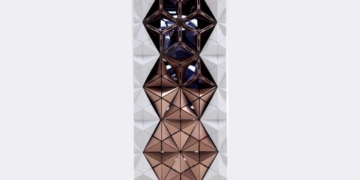 The new CyperPowerPC cabinet breathes autonomously, adjusting the airflow according to the use of the systems. Let's see how it works.