Counterorder: a new study published in Science disproves some old results on the duration of immunity to Covid: it could be much longer. 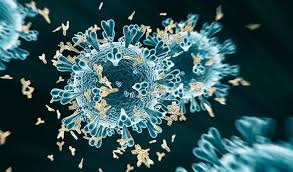 A new study shows that immune cells prepared to fight the coronavirus are expected to persist long after someone has been vaccinated or recovered from the infection.

According to a new study, Covid-19 patients who have recovered from the disease still have robust immunity from the coronavirus eight months after infection. The result is a sign that the authors interpret as encouraging.

Immunity to the virus, according to the authors, could likely last for many years and alleviate fears of the need for repeated booster doses to protect individuals and control the pandemic.

"At first there was a lot of concern that this virus might not induce a lot of immune memory," he says Shane Crotty, researcher at the La Jolla Institute of Immunology in California and co-author of the new paper. "Instead, the immunity gained looks pretty good."

The study, published yesterday, January 6, 2021, in Science, contrasts with previous results. Old studies have suggested that immunity to covid-19 may be short-lived, putting millions of already cured people at risk of reinfection.

It wouldn't have been a total surprise, since infection with other coronaviruses generates antibodies that vanish fairly quickly.

The new study suggests that reinfection should only be a problem for a very small percentage of people who have developed immunity, either after initial infection or through vaccination.

The research analyzed blood samples from 185 men and women who had recovered from Covid-19, most from a mild infection, (only 7% of them were hospitalized). Each person provided at least one blood sample between six days and eight months after initial symptoms, and 43 of the samples were taken after six months.

The team that conducted the investigation measured the levels of several immunological agents that work together to prevent reinfection. In particular antibodies (which label a pathogen for destruction by the immune system or neutralize its activity), B cells (which produce antibodies) e T cell (which kill infected cells).

The immunity you don't expect

Researchers found that antibodies in the body moderately decline after eight months, although the levels vary greatly between individuals. But the number of T cells declined only modestly, and the number of B cells remained stable or even inexplicably increased.

This means that despite the decrease in free-flowing antibodies, the components that can restart antibody production and coordinate coronavirus immunity remain at quite high levels.

Crotty adds that the same mechanisms that lead to immune memory after infection also form the basis of immunity after vaccination. Therefore, the same trends should also apply to vaccinated people.

A clue from SARS

And while immunity to other coronaviruses is lower, it's worth watching what happens in people who have recovered from SARS, the close cousin of the virus that causes covid-19.

A study published in August showed that SARS-specific T lymphocytes can remain in the blood for at least 17 years. This bolsters the hope that covid-19 immunity can last for decades.

The new studio isn't perfect, of course. As with the long-term effects of a vaccine, it also takes time to assess immunity levels.

Of course, it would also have been better to collect multiple blood samples from each participant. Immunity varies from person to person, and a small percentage of individuals with weak immune memory may still be susceptible to reinfection.

We cannot draw definitive conclusions on immunity to Covid-19 until years have passed: it is simply too early to have absolute certainty.

However, this latest result is a good indication. If the big vaccination campaign goes well we may indeed be able to put the pandemic behind us. 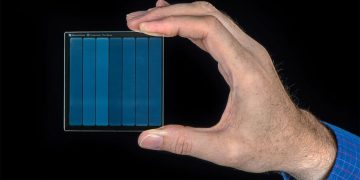 The memory of the future? On glass, hyper dense and (hopefully) resistant. Prototypes from Microsoft and Seagate to preserve ...