A research team conveniently modifies a toy robot to make it sensitive to a form of mind control. Then it's up to the bigger ones. 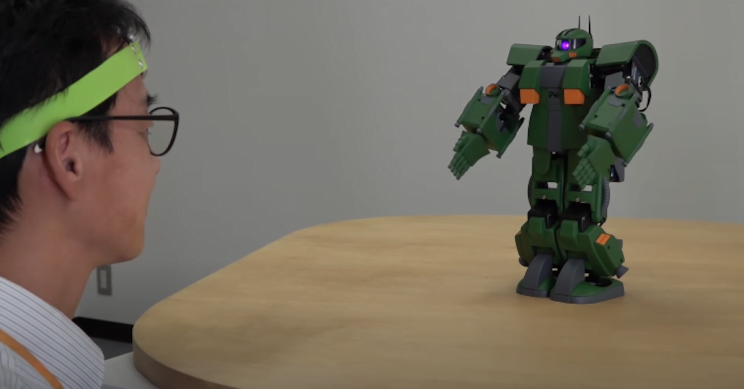 A team of Japanese scientists has created a device that allows anyone to mind-control a Gundam mini toy robot, one of anime's most popular battle robots.

Researchers have set up a Zaku Gundam mobile suit toy robot for mind control. There is a line, Bandai's Zeonic Technics, that allows you to program your robot using an app.

For the mind-controlled prototype, the researchers from New, a joint venture between Tohoku University and Hitachi, have developed a version that moves in response to brain activity.

To control the Gundam toy robot via brain activity, the NeU team built a headband-like device that syncs with the robot.

The researchers programmed their device to send data on brain activity to the Zeionic Technica app, which then activates the movements from the robot.

What is the work done for the mind control of robots?

The headband device created by the NeU researchers measures three different levels of brain activity. Each of these is linked to a particular movement sequence. There is therefore no total operational freedom, but it is interesting to see the simplicity of use and the immediacy with which the system translates mental activity into actions.

Although NeU's mind control system is still in the prototype stage, this isn't Japan's only recent foray into making Gundam's "vision" a reality. In July, the giant, life-sized Gundam robot in Japan's Odaiba neighborhood was trained to add new movements to its repertoire.

For a look at the mind-controlled prototype in action, check out the video below.

The most recent act of the yellow vest protests is striking: firefighters beaten by police. Emblematic fracture of ...