Diviner is a solar, artistic and philosophical project that teaches us the consistency of utopias. To find water everywhere, even where we don't see it. 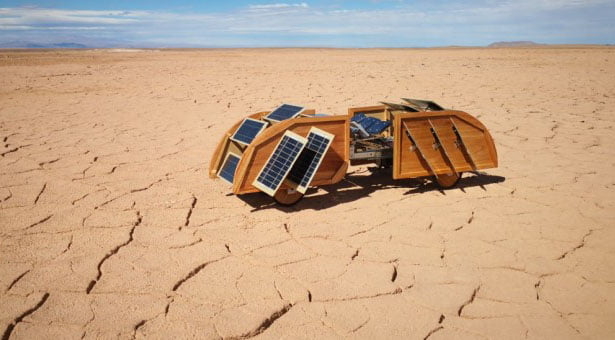 Diviner is a special project to create a "water utopia". A message, a provocation that shows a criterion.

Diviner starts from a basic idea. In a world where photovoltaic technology provides an abundance of solar energy, it is possible to generate electricity for water by extracting it from the moisture naturally present in the air. This is where the whole solar project starts.

The photovoltaic process makes it possible to store the sun's energy in batteries that power Peltier cells.

On the cold side of these special cells, which I have seen in action sometimes for rapid cooling, the "miracle" takes place. The cells come into contact with the atmosphere and produce a condensation of water, which can thus be collected in containers.

Rabdomante, the solar project conceived and created by Joaquin Fargas, combine nature with technology to generate a new life cycle in the desert, or anywhere else.

Fargas is, as often happens in these cases, a person with a multidisciplinary talent. Artist, engineer, visionary. A man capable of transferring a philosophy into a device. To somehow give a soul to things.

Diviner's appearance is reminiscent of artifacts from post apocalyptic films such as Mad Max - Fury Road. It is basically the arid and sunny aspect of the driest place in the world, the Atacama Desert, in Chile.

This module (in the prototype it is all wood) which incorporates Peltier panels, vessels and cells was able to obtain water there too.

And, this is what Fargas means, if it is possible to obtain water from the atmosphere even in the driest places on earth, it can go even further.

Because the future is Beyond: the advancement of these solar technologies and of harvesting the utopia of a fertile planet is possible, today's fantasy is already a reality of tomorrow.

Just look for it, utopia. Just like a diviner. 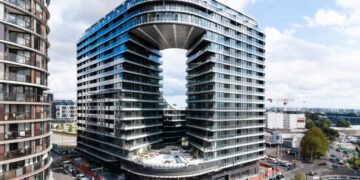 A skyscraper in Sydney that mimics nature. An urban iceberg that lets the wind and sun pass to draw a ...