A neuroscientist formulates a theory that goes in the opposite direction to those currents: consciousness resides in an electromagnetic field hitherto considered marginal.

Photo by Daniel Öberg on Unsplash

A neuroscientist has suggested in a new theory that our consciousness derives from a field of electromagnetic waves emitted by neurons.

A systematic review published the last month in the magazine Neuroscience of Consciousness it is entirely based, it must be said, on a theory. Nothing, at present, has the possibility of tangible evidence. However, there are scientific bases. The author, Johnjoe McFadden, he said his hypothesis about consciousness as an electromagnetic field could offer a way forward for the development of sentient and emotionally capable robots.

Consciousness is an electromagnetic field.

McFadden believes that neuronal waves of electrical activity help compose our entire conscious experience as they propagate through the brain.

Johnjoe McFadden, is a molecular geneticist and director of quantum biology at the University of Surrey.

The return of dualism

With this hypothesis, McFadden turns away by most traditional neuroscientists , who generally see consciousness as a narrative that our brain constructs from our senses, perceptions and actions.

McFadden instead returns to a more empirical version of dualism: the idea that consciousness comes from something other than our brain matter.

McFadden's theory practically adapts the idea of "dualism", which is the belief that consciousness is a supernatural force.

Dualism has long been rejected by scientists and slid into the realm of pseudo-science, but McFadden attempted to apply a scientific explanation for the idea, something never done before.

The scientific basis of the theory

There are however some undeniable scientific facts behind the theory: When neurons in the brain and nervous system are activated, they not only send the familiar electrical signal along the wire-like nerve fibers, but also send a pulse of electromagnetic energy into the surrounding tissue. Such energy is usually ignored, but it carries the same information as nerve discharges, but as an immaterial wave of energy, rather than a flow of atoms in and out of the nerves.

Another fact is that there is an electromagnetic field surrounding our brain. It is well known and is detected by brain scanning techniques such as the electroencephalogram (EEG) and magnetoencephalography (MEG). This field, however, has always been dismissed as irrelevant to brain function.

McFadden argues otherwise. He argues that this information-rich electromagnetic field of the brain is, in fact, itself the seat of consciousness, and that it guides the "free will" of an individual.

“How brain matter becomes aware and can think is a mystery that has been investigated for millennia. Philosophers, theologians, mystics and ordinary people have studied it ”, he ditto McFadden in a press release published by Medical Xpress. "I believe this mystery has been solved and consciousness is the experience of the nerves connecting to the brain's self-generated electromagnetic field to guide what we call 'free will' and our voluntary actions."

Rather ambitious statements. Only time will be able to confirm them. 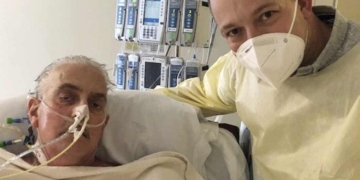 The protagonist of an extraordinary transplant did not make it, the first of its kind and the one with the most ...