A Kia Ray transformed into a real micro-camper? Ravy offers 4 sleeping places and a kitchen in less space than a Mini Cooper. Amazing. 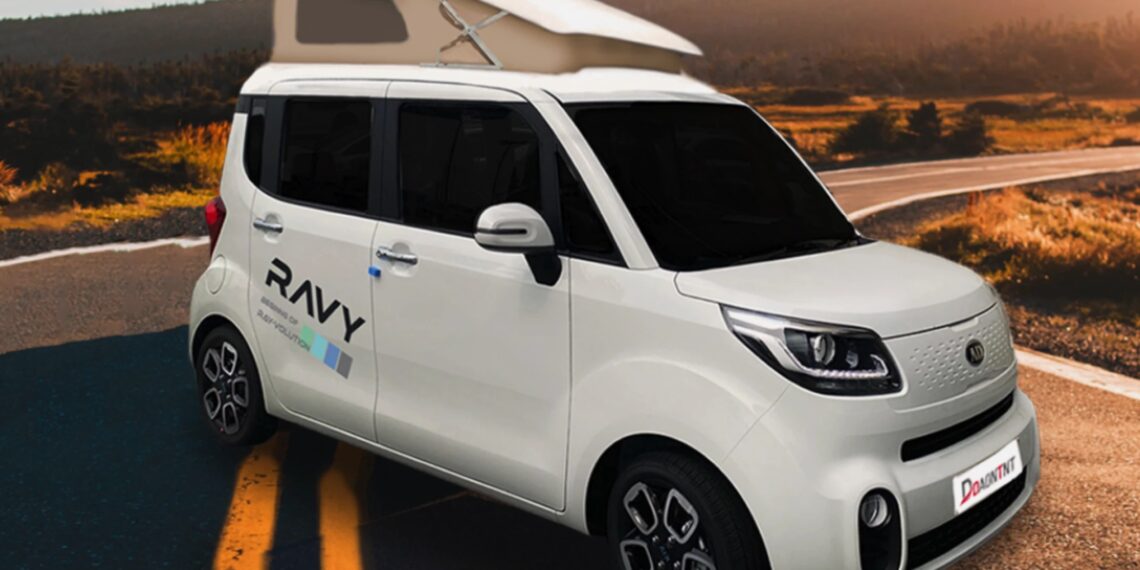 Close your eyes and imagine how a micro-camper as big as a small car could be, or rather less. Now open them again and look at it: isn't it cute?

I have often dealt with Tiny House, is a theme that amuses me a lot. I have always been fascinated by the ability to offer livability even in small spaces. Ravy is a microcamper made from a Kia Ray, and brings the concept of tiny house also on four wheels. In the space of a Mini there are two beds, a kitchen, a storage room for camping equipment, electricity and heating.

The Kia Ray measures just 141,5 inches (3 meters 59,5 cm) from bumper to bumper. 25 centimeters shorter than a two-door Mini Cooper. If we consider the current market (which experiences more versatile vehicles), the Ravy is nearly a meter shorter than the new Volkswagen Caddy California and 10,5 inches (27 cm) shorter than the Flexcamper by Fiat. It is really tiny. A minicar in all respects, powered by LPG, which becomes a camper.

The Ray's four-door cabin gives it the versatility of a minivan despite its small size. The rear bench sits practically in the trunk but folds down to accommodate groceries or luggage. The front passenger seat also folds flat to handle longer loads.

Ravy, the young son of a large family

Little Ravy is the work of Daon TNT, a company specializing in motorhomes based in the Korean city of Incheon. Daon TNT has also made campers on different car chassis, such as Hyundai and Renault.

The company's “secret” is the creation of living spaces by increasing the free height and the overall internal volume with a retractable roof. The initial cargo area of ​​the Kia Ray would not allow even a single adult to sleep. Not even removing the seats. With the solutions adopted, Daon TNT saved the front seats and created a bed (which also becomes a sofa when folded).

It would be expensive already so, but incredibly in the Ravy there is also a retractable kitchen with a sink and a long chest of drawers that houses a stove. A very small organizer on the door holds plates, cups and cutlery, while there are no integrated solutions for the fridge. A real limitation to be overcome by purchasing any model of car mini-fridge (the capacity is what it is).

You travel in two, you sleep in four

The Ravy camper can only accommodate two people on the trip, but three or four people can sleep in it. The pop-up roof has a folding platform for sleeping, with a space of 41 x 74 inches (105 x 188 cm). Daon TNT "heats" the house on wheels by conveying air and energy from the stove and the cabin heating. Several USB and other 220V and 12V charging sockets are located around the car and in a sort of command center located just inside the tailgate.

In hard times like this, the Ravy gives me a certain desire to become a Hippy of the future, wandering far and wide in search of air and open spaces.

It doesn't offer the experience of a comfortable camper, but if you love minimal it's the best.

The Ravy starts at KRW 25,6 million, the equivalent of around € 20.000. Too bad the Ravy is a Korean micro camper based on a Korean market car. 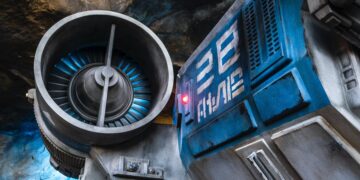 The new "Super White" paint can cool buildings and cars