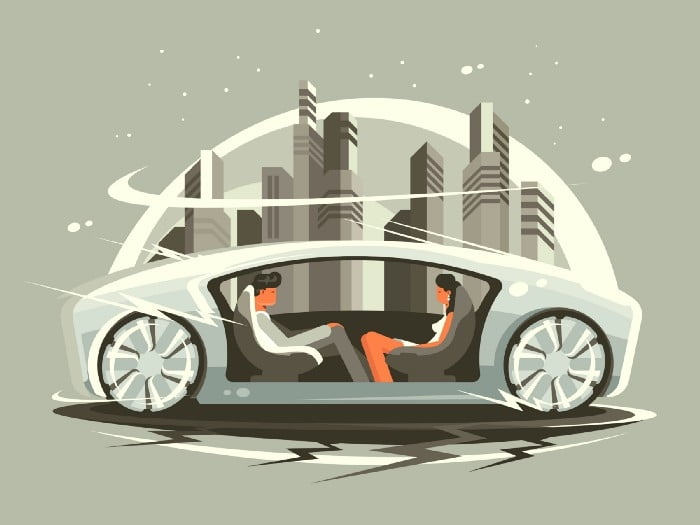 Parking prices, traffic taxes, petrol stations: costs and changes never faced in the days of carriages. The transition from horses to cars even changed the materials used to build the roads: smooth asphalt instead of dirt and cobblestones. What will change now?

Autonomous driving and other new modes of transport are i  major technological megatrends  in the field of infrastructure. The context therefore needs to begin to adapt to these forthcoming mobility technologies. The mobility of the future will give a new shape not only to vehicles, but also to roads and buildings.

In the public sphere, the challenge has already begun, and it concerns the rules. In Asia, Europe and North America, permits for self-driving tests have already been issued, and new regulations for self-driving cars on public roads have been promoted.

The mobility of the future is also at the heart of the proliferation of smart cities. The growth of smart cities already requires changes and adaptations by the construction sector. What's more: vehicle automation will dominate the way the construction industry itself works in the future. For example, the advent of electric cars has created the need for overnight charging stations: they will need to be incorporated into housing development planning.

Changes in the context of cities due to the mobility of the future will also be affected by the new relationship between us and cars. People will perceive cars more as a service to use than as an asset to own. The popularity of rideshare, car rental services and apps like Uber are already a testament to this today. In a world where private car ownership is reduced, so is the need to park, and traditional parking structures will become dinosaurs to be torn down or repurposed with modifications.

“Playful” investments like Toyota's smart city prototype at the foot of Mount Fuji, Woven City, they also show how these players are starting to recognize the importance of context in welcoming their mobility technologies.

Other industries have also taken an interest in the mobility space of the future, such as Google's Waymo autonomous driving technology. These changes together with the prospects for greater driving safety and efficiency in mobility make it clear that the advent of technologies such as autonomous vehicles is not far off, although technological (and legal) obstacles and timelines for autonomy still remain Level 5 are certainly skidded.

This leads us to the question: How ready is the built environment for some of these changes?

Mobility of the future: what the construction sector should expect

It would be good for the construction sector to welcome these changes with a little preparation. The industry needs to embrace innovations such as those from electric and autonomous vehicles, and emerging mobility. Ignoring these market shifts will lead to serious problems for unprepared companies.

To remain efficient, commercial operations will require short-, medium- and long-term preparations for the construction space of areas prepared for electric and autonomous vehicles. The reallocation of space will take place in various forms. First of all, the reduction of dealerships and parking lots, both public and residential. This factor will affect the dynamics of the real estate market, such as the increased availability of urban housing. In turn, this will affect the distribution of property, land and rents prices, and changes in urban population density. For example, suburban properties will become more attractive when the cost of commuting time is reduced thanks to autonomous vehicles.

In a fully electrified transport future, traditionally recognized sources of financing for road infrastructure (such as excise duties on fuel) will falter. Government funding investments in construction and other sectors will be affected by these changes in funding patterns. Some of these changes will be opportunities, such as opening urban land for new construction. Large service stations and dealerships will become things of the past in the mobility of the future. Other changes will be obstacles to overcome, such as pressure on motorways and transport infrastructure to keep pace with rapidly changing technologies; a call to future-proof construction.

In summary: Market patterns in construction will change due to emerging mobility. People are ready for the mobility revolution. Now it's up to the future. 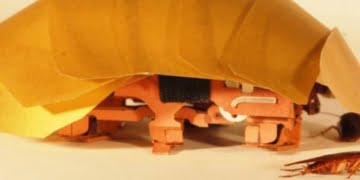 The robot-cockroach that could save many people's lives is called CRAM. It is a robot designed by ...