Technology gym and city of the future. Toyota will transform a 70-hectare site in Woven City, an employee site that will adopt innovative solutions.

The automotive giant wants to give a whole new meaning to the term "global village".

Japanese auto giant Toyota said it would transform the 70-hectare site of a former car factory into a "prototype city of the future" called Woven city. It will be a real town that will host autonomous vehicles, innovative design roads, new home automation technologies, robotics and other mobility products.

Residents? Real people who will live there full time. The city of the future, which will be designed by the famous Danish architect Bjarke Ingels, will initially host 2000 residents and will come to life in 2021, said the CEO AkioToyoda in a Toyota release issued to CES2020.

Bjarke Ingels is a sui generis archistar: he certainly has the design of architectural works such as the World Trade Center, but he was also chosen (perhaps above all) for having built the Lego House in Denmark. The ability to create "microworlds" thinking about all the infrastructural aspects must have been crucial.

Toyota, in other words, not only wants to demonstrate new technologies on a small scale, but develop an entire city according to its urban and technological criteria. To somehow change the history of urban planning.

Toyoda gave the name of Woven city, the “intertwined” city, to the place that will rise on the slopes of Mount Fuji.

CES is chock-full of companies launching technologies to connect smart cars to the urban environment, but the “intertwined city” will be the first settlement built from scratch to accomplish this. People, buildings and vehicles will all be connected with built-in sensors, he said Toyoda.

The city plan of the future

The urban-technological project of Woven City will include several innovations. First of all in transport: there will be three types of roads for different uses. One will be for cars and trucks, another for low-speed vehicles and pedestrians, and a third for pedestrians only, according to a press release from Toyota. The three types of streets "intertwine" (hence the name of Woven City) to form a harmonious and fluid fabric.

Obviously for transport Toyota plans to use fleets of its autonomous electric vehicles e-Palette. Seen for the first time at CES 2018, e-Palette vehicles are designed to be used interchangeably according to their functions, from car sharing to delivery services. According to Toyota, only zero-emission autonomous vehicles will be allowed on the city's main arteries.

Woven City residents will also get home robots and internal sensors, which will be able to look after basic tasks around the house and monitor health, respectively. The automaker is currently developing a line of home care robots and has placed prototypes in the homes of the disabled or elderly.

All buildings will be made of wood to reduce the city's carbon footprint, with energy generated from a mix of solar roofs and hydrogen fuel cells.

Toyota plans to populate Woven City with employees, their families and retired couples. The automaker is also opening the project to all companies that want to join and even employees of those companies will be able to move. 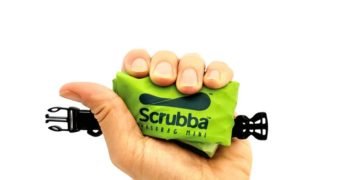