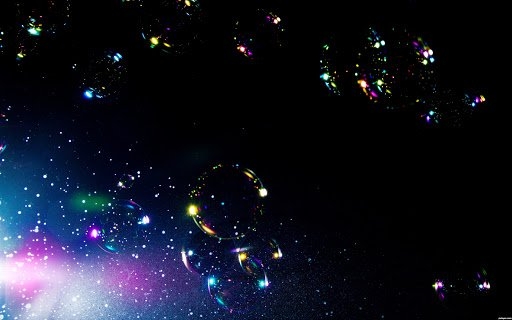 A new study finds that spacecraft made of carbon foam bubbles will be able to go from Earth to Alpha Centauri in "only" 185 years, powered only by the sun's energy.

A swarm of these carbon foam probes (airbrushed to be precise) could speed up interstellar travel or help uncover and study the mysterious Planet X of our solar system, if it exists.

Conventional rockets driven by chemical reactions are currently the main form of space propulsion. However, they are nowhere near as efficient as reaching another star within a human lifetime.

For example, Alpha Centauri, the closest star system to Earth, is approximately 4,37 light-years away - more than 25,6 trillion miles (41,2 trillion kilometers) or about 276.000 times the distance from Earth. in the sun. NASA's Voyager 1 spacecraft, launched in 1977 and in interstellar space since 2012, it would take about 75.000 years to reach Alpha Centauri if the probe was pointing in the right direction (which it IS NOT).

The problem? It is the propellant

All conventional spacecraft thrusters use a propellant. Long interstellar journeys require a lot of propellant, which makes spacecraft heavy (and therefore in need of more propellant, and so on in a loop). In short, a problem that becomes exponentially worse with increasing size.

Previous research has therefore suggested that "light navigation" may be one of the few technically feasible methods of bringing a probe to another star over the course of a human lifetime.

Although light doesn't exert much pressure, scientists have determined that what little it applies could have a major effect. Indeed, numerous experiments have shown that "solar sails" can rely on sunlight for propulsion, given a large enough mirror and a sufficiently light spaceship.

Breakthrough Starshot: below with space butterflies

The initiative Breakthrough Starshot $ 100 million, announced in 2016, aims to launch swarms of microchip-sized spacecraft on Alpha Centauri, each with extraordinarily thin and incredibly reflective sails. The plan calls for these little "space butterflies" to fly up to 20% the speed of light, reaching Alpha Centauri in about 20 years.

One drawback of the Starshot project is that it requires the most powerful laser array ever built to propel aircraft outward. Not only does the technology to build this array currently not exist, but the project's estimated total costs to accelerate interstellar travel could range from $ 5 to $ 10 billion.

In the new study, astrophysicists suggested that a cheaper option might include special "bubbles" made of carbon foam.

The researchers found that probes made of this material could make interstellar travel faster than any rocket, powered solely by sunlight, without the need for a giant laser.

To develop a way that sunlight can propel a light sail at useful interstellar speeds, the researchers analyzed previous scientific research in search of strong, lightweight materials.

They opted for airbrushing, a carbon foam 15.000 times lighter than aluminum.

The wonders of airbrushing

Scientists calculated that a hollow sphere of airbrush about 1 meter in diameter with a 1 micron thick shell (about 1% of the width of an average human hair) would weigh only five millionths of a pound (2,3 milligrams).

(One AU is the mean Earth-Sun distance, which is approximately 93 million miles or 150 million km.)

Such a sphere would take just 3,9 years to reach Pluto's orbit.

If such a sphere were released about 0,04 Astronomical Units from the sun (closer than NASA's Parker solar probe) the more intense sunlight would accelerate the spacecraft to nearly 15,4 million mph (24,8 million kilometers per hour). ).

It could travel the 4,2 light-year distance between Earth and Proxima Centauri, the closest star to our solar system, in 185 years.

Traveling "in a bubble" among the stars

The larger the sphere, the faster it could go or the more payload it could carry.

What I find surprising about our results is the fact that the output power of a star, in our case the sun, can be used to push an interstellar probe to the nearest stars without the need for an additional power source on board.

The researchers suggested that these spacecraft could potentially carry a 32-watt laser weighing just two thousandths of a pound (1 gram).

Despite the weight, this laser beam could help researchers detect gravitational effects. The latter in turn could help reveal the presence of worlds otherwise too dark and cold to detect, such as the hypothetical Planet X, Heller says.

Scientists have estimated that developing a prototype of carbon foam space bubbles could cost $ 1 million.

Each carbon foam spacecraft could then be built for around $ 1.000 or less. A launch to deploy and test these boats could cost around $ 10 million.

The biggest risk with this project now is that no one has ever built an airbrush structure larger than a few inches. And we need something that is a few meters long.

However, the researchers are in contact with experimenters who suggest that the creation of such large structures is possible in principle.

Another problem of no small importance is that of management. There is currently no way to control the trajectory of bubbles once they have been deployed.

If the electronics and equipment on board could allow active maneuvering, "it would be possible to transport small masses (1 to 100 grams) between Earth and Mars in a few weeks," says Heller. The inhabitants of the colonie they might get that nice phone cover ordered on Amazon Mars

In the future, in short, conventional rockets will carry carbon foam bubbles into space. And the sunlight will propel them among the stars. 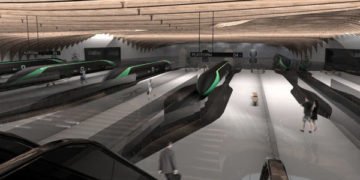