Designer Roman Dolzhenko presents Mimic, an electric superbike concept that positively surprises for its design, while raising doubts about driveability. 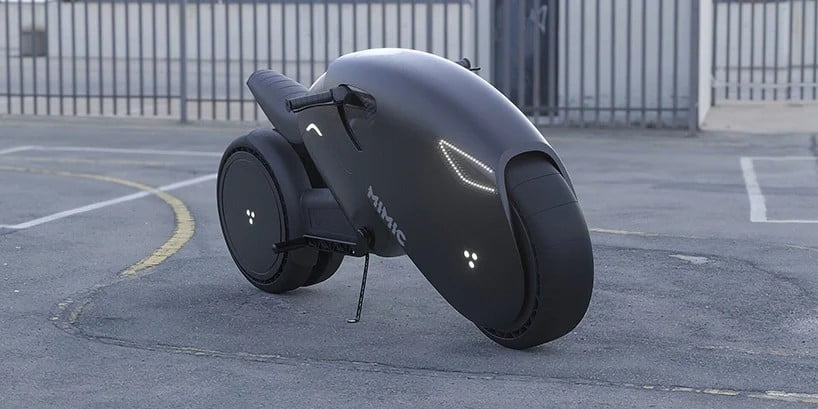 The Russian designer Roman Dolzhenko presents Mimic, an electric superbike concept that seems straight out of the Tron movie.

A sinuous metal body with matt and satin colors, and a very bad look. Plus: merciless, when you consider the meticulous accents provided by the LED lights. Mimic is an electric superbike so out of the ordinary that it can become a canon itself.

There is not a single line

Born from a sketch on a napkin (it looks like a cliché) and translated into a rendering with 3DS Max, this futuristic development of electric superbike arouses the curiosity of online users. This concept Will it ever come to life?

The lack of straight lines gives the electric superbike a very futuristic, elegant and linear look. A fully digital dashboard that follows the curves of the "tank" shows the information about the vehicle very clearly. The headlights suggest to someone a feline appearance, (and to detractors that of a very pissed off parrot).

In his presentation of the concept, Roman Dolzhenko is not lavish with details, but everyone is curious about one thing: what is Mimic's ability to turn?

From the render I have the clear impression that the bike is unable to turn.

Basically, says the author of the concept, it's the entire front end of the electric superbike that turns, but the steering angle is very small.

Much style, little functionality? On the other hand, Tron's bike raced making the curves at right angles: it can fit.

In any case, there are some stylistic solutions that I consider really interesting and fascinating: I would not be surprised if they were adopted in the design of the electric superbike of the future.

An electric superbike, of course, which unlike Mimic shows that it has all the curves in the right place.

I also mean those faced on the road.