The Casimir effect, the force that "from nothing" can exert influence on space, can be used by scientists to move objects and improve measurements. 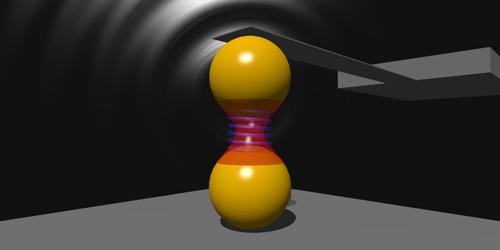 The research, published yesterday in Nature Physics ( "Casimir spring and dilution in macroscopic cavity optomechanics"), it was a good team effort. The professor Michael Tobar, of the UWA School of Physics, Mathematics and Computing and dr. Jacob Pate Merced University joined efforts to control the Casimir effect.

Professor Tobar said that the result allowed a new way to manipulate and control macroscopic objects without contact, allowing for greater sensitivity without adding leaks.

What is the Casimir effect

Once believed to be of exclusively academic interest, this little force known as the Casimir effect is now attracting interest in fields such as metrology (the science of measurement) and detection.

“If we can measure and manipulate the Casimir force on objects, we will have the ability to improve its sensitivity by reducing mechanical losses. This will have a good impact on energia, science and technology, ”said Professor Tobar.

To understand what it is, a premise must be made: in "nothing" there is nothing. In reality there is no perfect vacuum. Even in empty space at zero temperature, virtual particles such as photons exert an influence and fluctuate.

“These fluctuations interact with the objects placed in a vacuum and in reality they have increased in magnitude as the temperature increases, causing a force measurable from" nothing ". This photo is known as the Casimir effect.

"Now we have shown that it is also possible to use force to do interesting things," says the researcher. "But to do this, we need to develop precision technology that allows us to control and manipulate objects with this force."

Professor Tobar said the researchers were able to measure the Casimir effect and manipulate objects through a precision photonic microwave cavity.

A device known as a recessed cavity, at room temperature, has "moved" a thin metal membrane at a distance as large as a speck of dust.

“We took advantage of the Casimir effect between objects. This has allowed us orders of magnitude to improve the sensitivity of the force and the ability to control the mechanical state of the membrane. " 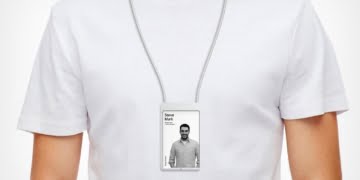 A super ID card eliminates the need to update and print badges and documents, and also acts as a physical wallet ...